Hartpury College’s annual further education prize day celebrates the achievements of our college diploma and A-level students. They are joined on this special day by parents, Hartpury staff, governors and VIP guests.

Trophies and prizes are awarded to students who have exhibited outstanding achievement in their area – from prizes for the highest academic achievement to the demonstration of great endeavour.

A guest of honour congratulates each student and provides an inspirational speech, recognising the milestones that each individual has achieved. This year we will be joined by Anna McNuff, an endurance athlete, named by the Guardian as one of the top female adventurers of our time. Condé Nast Traveller has recently included her in a list of the 50 most influential travellers in the world. She will, no doubt, inspire our students with tales of her adventures.

In 2017, we welcomed Jamie McDonald, a Gloucester Native, as our Guest of Honour. Jamie spent the first nine years of his life in and out of hospital but following treatment and his own efforts to become more active he has gone on to have a life filled with adventure.

After working as a tennis instructor to save up for a deposit on a house that he did not buy – Jamie then began a quest, with his own money, to give back to the hospitals that supported him.

Jamie’s journey, which he told our 2017 attendees about, now sees him inspire people through motivational speaking and his charity, the Superhero Foundation. He has also found time to write a book called Adventureman: Anyone Can Be a Superhero. 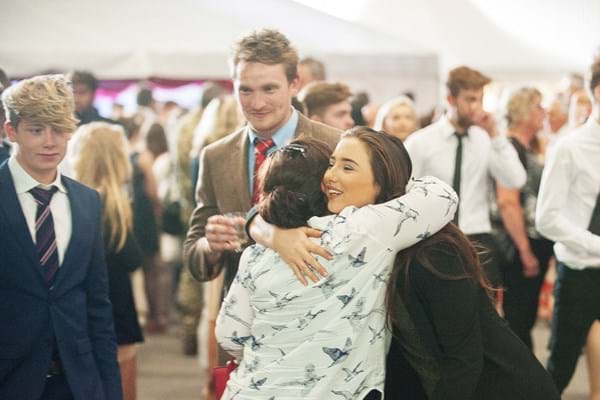 Our open days are designed to inform and inspire you and to help you make the right decision about your next step. You'll find out what it's like to be a student here and how we can help you develop your own unique career plan.