Hartpury College RFC negotiated some extraordinary weather conditions to earn a bonus-point 31-14 victory over Chinnor. The win maintains Hartpury's 12-point lead at the top of the table.

With four minutes of the first half remaining, referee James Sullivan called the players off the field with unholy wind and rain battering the field.

But play eventually resumed and, having already scored three tries, the league leaders quickly grabbed a fourth and held off a brave Chinnor fight-back to claim maximum points.

Hartpury broke the deadlock when a loose Chinnor kick was spun wide for Jaike Carter to finish. Craig Jackson converted.

The hosts’ early discipline, however, was alarmingly lax, with young back-rower Joe Batley seeing yellow after referee Sullivan finally lost patience with a glut of penalties.

But Chinnor shot themselves in the foot as the Oxfordshire outfit saw forwards Harry Betts and Andy Tibbatts ordered to the sin bin in the space of two minutes.

The home pack then shoved their counterparts over for a penalty try, before the visitors were reduced to 12 as skipper Liam Gilbert was binned.

Gareth Thompson immediately took advantage as the diminutive fly half darted over for Hartpury’s third try shortly before play was halted, with safety a genuine concern in a storm of biblical proportions.

The College wasted no time after the restart in grabbing the bonus-point score as Mike Luxton touched down at the back of a maul.

Chinnor rallied in the second half and replacement prop Andy Berry rumbled over to claw a score back, converted by Will Millett.

The visitors continued to press, and they came within touching distance of a losing bonus point when fullback Sam Stoop crashed on to a short pass from Millett to cross under the posts.

But Hartpury stayed strong and Oskar Hirskyj-Douglas soon became the visitors’ fourth sin-binning of the day as the back-rower killed the ball with the hosts looking menacing.

It seemed to be only a matter of time before Hartpury bagged the clincher, and it came five minutes from time when the outstanding Batley capped a catch-and-drive to seal the win.

Hartpury would like to thank Chinnor for an excellent match and wish them well for the rest of the season.

Hartpury’s next match is away at Taunton on Saturday 1st February. 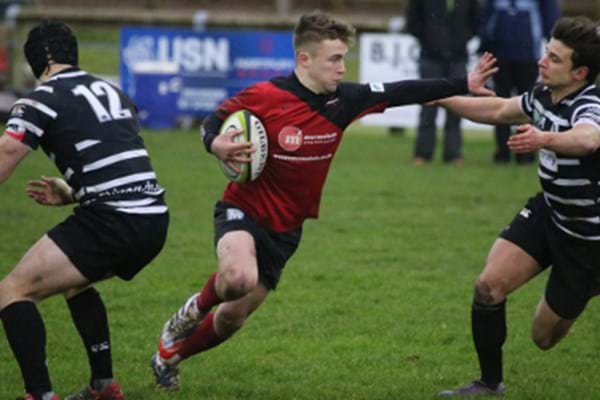