The former Gloucester Rugby player and international referee, who is now a top level citing officer, was put forward by Gloucestershire RFU for a Volunteer Recognition award, and he will now attend England’s clash with Australia at Twickenham on November 29th, 2014.

He has also been invited by the RFU to attend England’s RBS 6 Nations clash with Scotland in March in recognition for his many years’ service – 17 as a referee and 13 as a citing officer.

Bayliss, who is Hartpury RFC’s Commercial Manager, is a Citing Officer for the International Rugby Board (IRB) and the Rugby Football Union (RFU). He is responsible for citing players who commit any act of foul play which would warrant them receiving a red card.

Matt said: “I’m chuffed to bits to have been recognised by the RFU and the county RFU. It will be great to go to two big matches at Twickenham and not be working so I can have a pint!

“I’ve loved every moment of my 50 years in rugby – from playing and refereeing locally to being involved on the disciplinary side at the very highest level and being the commercial manager for Hartpury RFC. It really is an incredibly special environment to work in and the college are very supportive of my citing officer role.

“There’s no doubt that being a citing officer can be challenging at times but it’s vital for the continued good health of the game that we do everything we can to stamp out foul play and, just as importantly, that we encourage and maintain a high level of respect for our match officials at all levels. That’s something I’ve always been hugely passionate about and will continue to champion.”

Starting his playing career at Coney Hill RFC in Gloucester in 1962, Bayliss went on to play for Gloucester Colts and Gloucester Rugby, captaining the Cherry and Whites’ United XV for four seasons. He then moved on to Cheltenham RFC – skipper for two seasons – and returned to Coney Hill as a player-coach between 1976 and 1979. 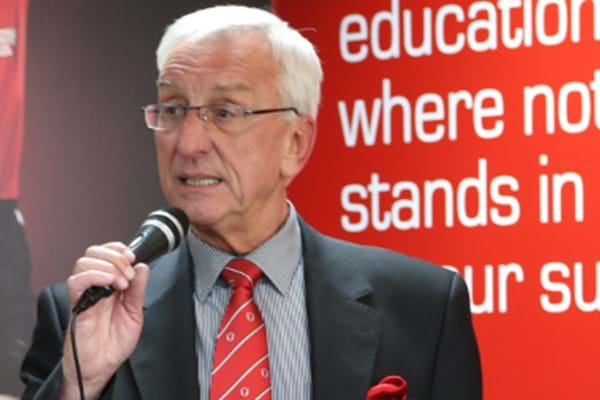