An intrepid group of Animal Sciences degree students set out to raise £1004 - the number of white rhino that were poached in South Africa last year – after returning from their second year field course module to a wildlife reserve in South Africa.

Kicking off their fundraising effort, 15 students undertook a sponsored walk of 10.04 miles from Gloucester Docks to the Forest of Dean. Now around halfway to their target, the students are also planning a raffle.

Two of the students, Steph Parfrey and Aleksandra Lipinska, are also collecting money via an online donations page that will be running until Christmas. You can donate at http://www.gofundme.com/b2l8x0

Steph said: “The field course to South Africa was a phenomenal experience. We learned so much about the efforts to protect species in danger of extinction and the increasing number of threats to their diminishing populations.

“It really motivated us to help protect the White Rhino from extinction and to do all we can to help the reserves in their anti-poaching activity. The sponsored hike was great fun and I was really pleased that so many students wanted to get involved.

“Once we have hit our fundraising target, the money will be sent to South Africa and will contribute to protecting the white rhino and monitoring their wild populations; providing essential equipment and supporting staff and patrol drives.”

A group of 30 students headed to a wildlife reserve in April for a 10-day field trip. They were trained in a range of survey techniques, learned about the wildlife of the African bush and worked closely with reserve staff to collect data.

They also experienced game drives during the day and night, foot safaris, took part in anti-poaching patrols and visited the Pillansberg National Park and the National Zoo at Pretoria.

Two of the students from the first year of the trip went back and volunteered at the reserve for a month and they were there to help run the trip for this year’s students. 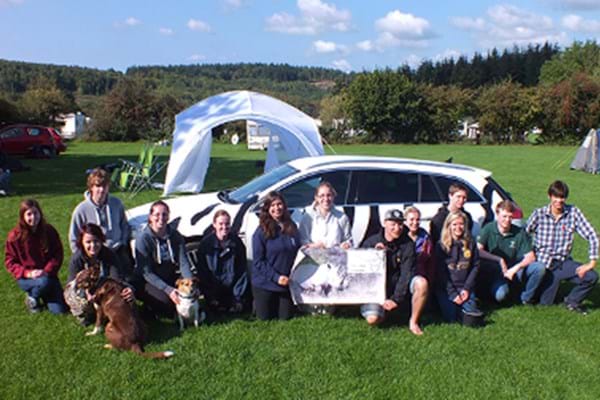