Two current Hartpury students impressed for the England Deaf rugby squad despite suffering an 18-5 defeat at the hands of Wales on Saturday.

Ollie Evans and Cameron Roberts both started the fixture at Cardiff Arms Park with centre Roberts managing to get on the scoresheet with a late try. Hooker Evans played despite a broken rib sustained only last week.

The scoreline reflects the marked improvement made by the Red Rose squad, who last year lost two fixtures to their Welsh counterparts by more than 30 points.

England had the majority of possession and regularly found themselves camped inside their opponents’ 22, but the experience of Wales’ squad shone through and they were able to stave off the English threat while adding two tries of their own either side of half-time.

England’s efforts were later rewarded when Roberts finally broke through the Welsh defence to touch down.

Evans, 20, said: “Obviously it is gutting to lose, but our performance was much better and we looked a lot stronger throughout. Credit to Wales though, they were extremely resilient and organised the whole game and deserved the win.”

England have a chance of revenge when they host Wales in April and Evans believes the whole squad will be able to learn from the recent match-up to ensure they are even more competitive next time.

He added: “We are getting ever closer to that win and we will definitely be ready for them next time. If we continue to progress the way we have been, I truly believe we can cause an upset.”

In the summer, the England Deaf squad are looking to take their game to South Africa for an end of season tour with the side now looking into sourcing funding for the trip.

Hartpury student Beth Weller also appeared for England Deaf women’s team in their first ever fixture as the scrum-half helped the squad defeat local Welsh side Penallta RFC 22-12. The game was played as a curtain-raiser to the men’s international and it is hoped that this will lead to a women’s international match in the near future. 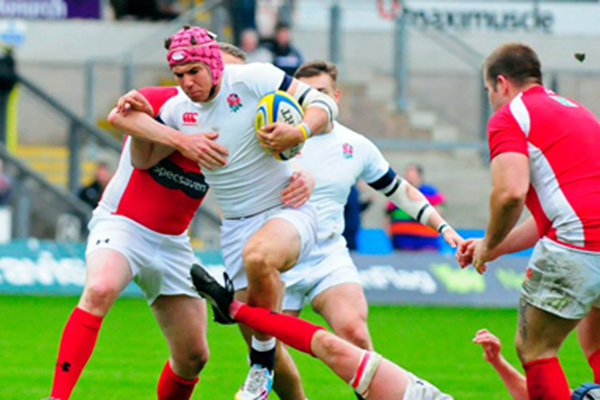