It was a good day in the office for the Hartpury College first team as they pulled off an impressive 49-14 win over Truro and Penwith College in the semi-final of the AASE League Championship.

The handsome victory booked Hartpury's berth in their sixth successive AASE final at Allianz Park on March 18th, where they will face Filton College, who beat St Paul's in their last four clash. Hartpury have won the competition every year since it started.

Hartpury wasted no time in getting on the scoreboard after a scything run from Maliq Holden from 60 metres deep set up Robbie Forbes to score. Faulkner, left with a tricky position to add the extras, pushed the ball just wide of the mark but made amends with a successful conversion just minutes later after Truro fumbled the ball on the halfway. That allowed Forbes to snatch up the ball and make a 30-metre dash to dot down under the posts.

The Hartpury pack was coming under some pressure but kept their composure at scrum and maul. They took their reward on the half hour as a catch and drive was quickly recycled into the open hands of Myles Churcher, who made best of the small gap available, barging his way through the remaining Truro defence to bring the score up to 20-0. A last gasp penalty kick from Faulkner made the half-time score 23-0.

Hartpury were caught napping at the restart and Truro looked like scoring but resolute defence saw the ball turned over and make its way to scrum-half Mat Protheroe. With cover scarce, the England Under-18s star headed for the gap and made an electric run covering the length of the pitch to add the fourth try of the afternoon which was swiftly converted by Faulkner to bring the tally up to 30 points.

Hartpury were now fully into their stride and, capitalising on a botched Truro line-out, they moved the ball through five or six phases to set up Joe Wrafter to crash over. The extras were added.

After Hartpury had racked up 42 unanswered points, there was some relief for the visitors as their winger squeezed over after uncharacteristically quick ball tested the home side's defence for the first time.

Again, Hartpury's riposte was swift as replacement scrum-half Josh Nott cantered over by the posts and the conversion was added.

All credit to the visitors who finished with a flourish, scoring a converted try late on to add a veneer of respectability to the score. 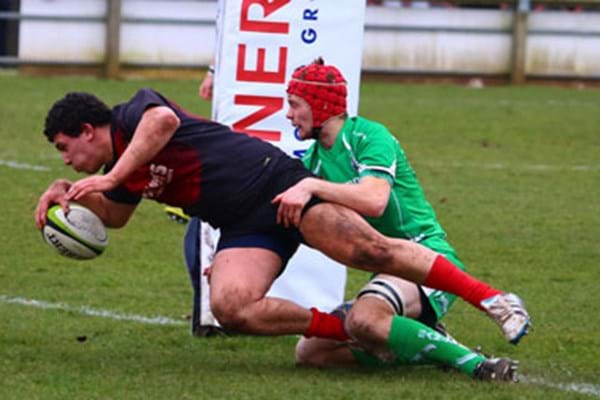