Hartpury will be bidding to keep their unblemished AASE League Championship record intact when they head to Allianz Park for a final showdown with Filton College on Wednesday (kick-off 3pm).

With five successive AASE titles behind them, Hartpury Under-18s have won this competition every year since it began, and while the formbook makes them favourites to maintain that astonishing run of success, coach Sean Marsden expects their local rivals to offer a stiff test of his team’s credentials.

While Filton finished third in the AASE South League, they have hit a rich vein of form at exactly the right time, beating league runners-up Oaklands away from home in the quarter-finals and table-topping St Paul’s on their own patch in the semi-finals.

As Hartpury moved into the North League this season, they have not faced Filton in this campaign, although they did beat them twice in the league last year and in the AASE Championship semi-final the year before.

“With Filton only being down the road, there are a few links between the two teams and that derby factor always levels the playing field in big matches,” said Marsden.

“The two league fixtures between the sides last year were both competitive and entertaining and we expect the same again on Wednesday. Like us, they like to play attacking, running rugby and they are used to playing on an artificial surface like we’ll have at Allianz Park, so I expect the game to be played at a fast tempo.”

Hartpury take a season-long unbeaten record into the final, having finished top of the AASE North League, and they will be brimming with confidence after beating Truro – the AASE South League runners-ups – 49-14 in last week’s home semi-final.

Unfortunately, winger Taine Finn will miss this week’s final after dislocating his shoulder in that game, while second or back row Harry Wilson could feature in the squad, after making his comeback against Truro from a knee injury that has kept him out all season. England Under-18s Mat Protheroe and Scotland Under-18s second row or blindside flanker Alex Craig will both be available for selection.

“As coaches, we’ve been hugely impressed with the squad this year and there’s been really strong competition for places across the board,” added Marsden.

“It gives us plenty of selection headaches, and it will be the same again this week, but that strength and depth has really helped us to kick on and the squad have consistently proved they can perform at the highest level.

“Their attitude and commitment is spot on. Of course they will feel the pressure of our Under-18s having won this competition every year since it began but that desire to win comes with the Hartpury shirt.

“We encourage them to concentrate on developing as individuals and as a team and while there will be nervous excitement among the group, I know they are relishing the chance to play at Allianz Park in the final.

“They had a big break from playing after Christmas, and they have enjoyed being back playing together and building momentum in recent weeks. Their work ethic and team spirit is fantastic to see.

“We’ve had lads going off to play international fixtures and for Premiership clubs but they all recognise how special it is to be playing rugby with their college mates. It’s an experience they will never have again and they are determined to cap an excellent season with the AASE title.” 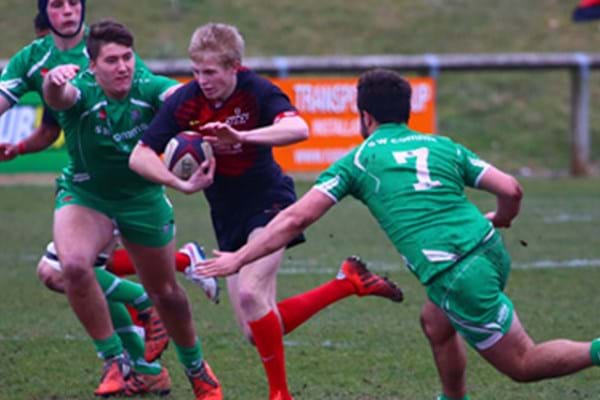