Hartpury’s Agriculture students have been showing their support for British food and farming after a ‘Vote British Food’ banner was put up outside the Malcolm Wharton Centre.

Head of Agriculture at Hartpury College, Janatha Stout, said: “The public are increasingly concerned about where their food comes from. Recent figures show that 86% of shoppers want to buy more traceable food that has been produced on British farms.

“As a college, we pursue applied research and teach our students how to maximise efficiency from production.

“Britain needs farming to be successful, productive and profitable and for sustainable food production from UK farms to increase to keep pace with the rising UK population.

“The banner we have put up supports the NFU campaign ‘Back British Farming’. Students wanted to show their support for the industry that they aspire to enter and erecting this banner was one way of doing just that.” 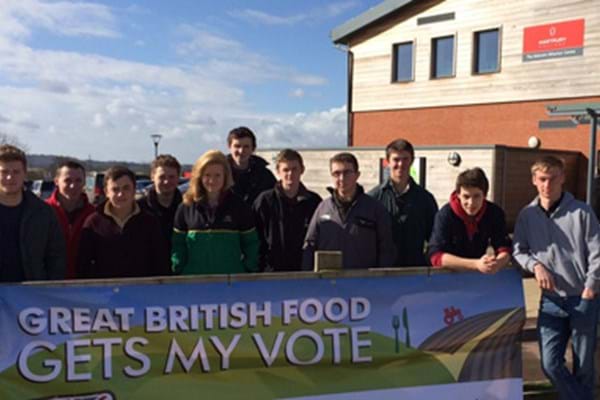