Some of the most exciting rugby talent from the UK and beyond will show off silky skills and blistering pace as hundreds of players descend on Hartpury next week for an action-packed sevens tournament.

Players from around 24 teams – 16 men’s and eight women’s - will be looking to emulate the success stories of Hartpury’s international sevens stars Jaike Carter and Dan Norton and battle it out for the grand prize.

Hartpury will field teams in both sections of the tournament, while a Gloucester-Hartpury women’s team will also line up this year, aiming to build on their national junior cup success in their inaugural season.

In the men’s competition, Hartpury will be looking for a successful climax to their season, with Hartpury RFC having finished their first season in National League One in an impressive fifth spot and the Under-18s team having won a sixth successive AASE Championship national colleges title. Hartpury’s sevens squad also recently secured a spot at the Red Bull Sevens after clinching the national BUCS Sevens crown.

The hosts will face stiff competition for the tournament title though, including the Navy Sharks 7s team, who have previously won the Invitational Cup at the Dubai Sevens, and the Bandits 7s, who feature up and coming England Sevens star, James Cordy Redden. Local interest is provided by Patriot 7s, founded by Cheltenham club, Old Patesians.

In an exciting development this year, the college is linking up with tournament organisers, 7 Bamboos Rugby, to host a free Gloucestershire Rugby Business Network event at the Hartpury Sevens.

In between catching the free rugby action, which kicks off at 10am and will run until around 5pm, business people with a passion for rugby are being invited to the Rugby Business Network event, which will run in the Sports Academy between 12pm and 2pm. At the informal event, business people with an interest in rugby will get the chance to network, listen to a guest speaker and enjoy a complimentary lunch.

The tournament is being organised and run by 7 Bamboos Rugby – the company set up by Hartpury graduate Max Lueck to provide sevens coaching to schools, help grow the game and run successful sevens tournaments as well as teams and training sessions.

He said: “Come rain or shine, it promises to be a fantastic day of exhilarating rugby as we’d love to see as many people as possible enjoying the action.

“The Hartpury Sevens provides an excellent opportunity for spectators to see the shorter, fast-paced format of the game being played by some of the country’s up and coming talent. Entry is free and its set to be bigger and better than ever before this year.

“With 24 teams ready to show us their silky sevens skills on the day compared to 17 last year, word has clearly got out about the quality of the competition and the teams on show. Let’s hope we can unearth the next Dan Norton or Jaike Carter, who both sharpened their sevens skills at Hartpury.

“We’re also excited to be adding the Rugby Business Network event to our action-packed programme this year and I’m sure this will be the start of even more exciting developments and additions as the Hartpury Sevens continues to grow.”

To keep up to date with the Hartpury Sevens action throughout the day, follow @7BamboosRugby on twitter 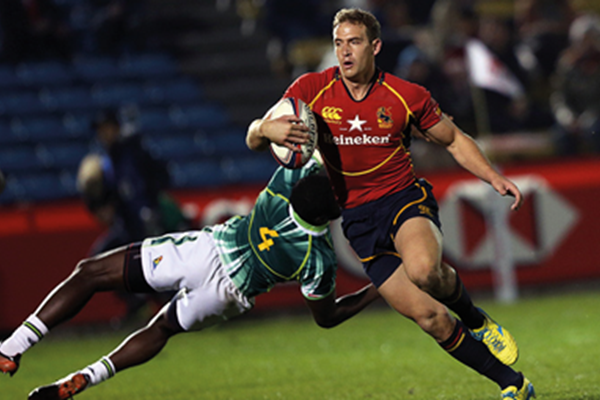