Students had the chance to hear from four of the political candidates standing for election in the Forest of Dean at the hustings in Legends Bar. They were James Greenwood (Green Party), Mark Harper (Conservative), Steven Parry-Hearn (Labour) and Steve Stanbury (UK Independence Party). Chris Coleman (Liberal Democrats) was invited but was, unfortunately, unable to attend.

Each of the candidates had the chance to set out their party’s key policies and their own credentials in a three-minute speech before facing questions from students and staff. They had 90 seconds to respond to each question.

Questions asked covered a range of issues, from tuition fees, student debt, the future funding and potential privatisation of the NHS to the current voting system. The candidates were also quizzed about what sets their party apart from the rest and whether a vote for a ‘minority’ party is a wasted vote.

Janine Fox from Hartpury Students’ Union, who chaired the hustings, said: “With the General Election fast approaching, this was a great opportunity for students to hear more from four of the candidates fighting to be elected as their MP for the Forest of Dean and ask questions about the issues that affect them before casting their vote.

“There were some excellent questions posed and it just goes to show that young people are engaged in politics and the issues affecting local people as well as the things that affect them and their peers.

“We’re committed to doing everything we can to encourage our students to vote and the Students’ Union is on hand to answer any of their questions about the voting process and how they can get more involved.” 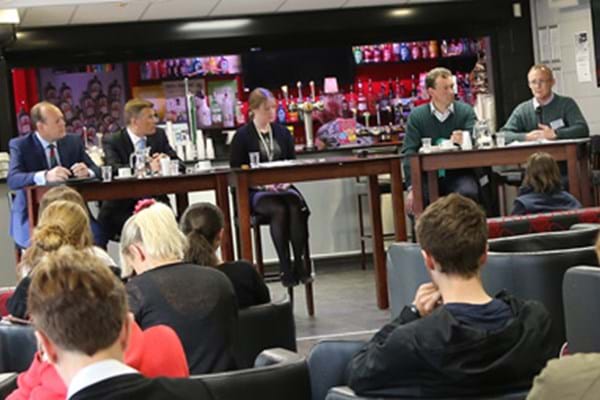