Hartpury’s rowers showed their skills out of the water as they picked up seven medals at the British Rowing Indoor Championships over the weekend.

Watson, who only started rowing in September 2014 after being selected as part of GB Rowing’s Start programme, beat fellow Start rower Hannah Cooper, 16, by four seconds while their Hartpurt colleagues, Zoe Adamson and Frances Russell, finished fourth and eighth respectively in the girls sixth form event.

In the 500m sprint, Watson again claimed first prize as Hartpury rowers occupied the top seven spots. This time Adamson claimed silver, only a second behind Watson’s winning time. Only eight seconds separated the top seven as Cooper also picked up her second medal of the day, finishing in third.

Tom Pattichis, Hartpury’s Rowing Coach, said: “It’s great to see another strong showing at this year’s championships after our performance last year. It’s very different to racing on the water but it’s a good chance to see where our rowers are at with their development relatively early in our season. And seven medals is a great haul from the events we entered.” 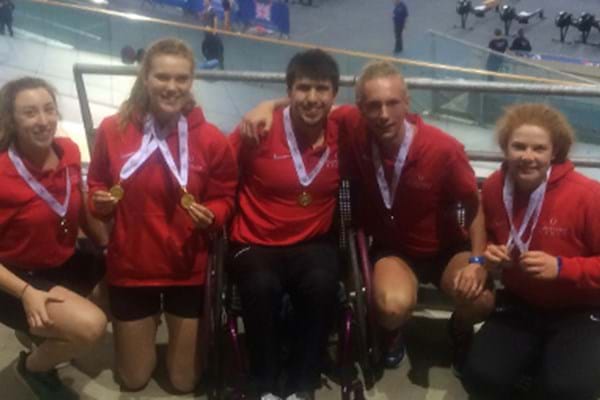