Talented young Gloucester City footballers are being helped by Hartpury to be at their physical peak as they look to secure a bright future in the beautiful game.

Since September 2015, Hartpury University Centre and Gloucester City’s Academy have been working together to enhance the physical development and conditioning of the Under-16s squad.

The young players have been performing weekly strength-based sessions which have been tailor made - not only to be football specific but also to reflect the physical maturity of the players.

The sessions run by Ben Drury and Dr James McCarron, who are both lecturers in Strength and Conditioning at Hartpury University Centre, have been focusing on developing the players’ strength levels and reducing the incidence of injury to improve their long-term athletic development and make them more resilient to the demands of the game.

Darren Tunnicliff, Gloucester City Under-16s manager and coach, said: “The boys have been doing a lot of specific training to get them faster and stronger as well as focusing on helping them reduce their injury risk.

“Ben and the rest of the Hartpury University Centre staff do a great job of educating and coaching students already and they were fully versed in handling the age range of our players too.

“Having seen numerous Football Academy facilities during my time as a coach and footballing parent, Hartpury has some truly excellent facilities - better than most Premiership clubs I have been to, and certainly better than anything else we have in Gloucestershire.

“The other really pleasing thing is that the boys have shown a remarkable rise in their maturity since working with Ben and James. They are treated as adults and the consequence is that they are fully embracing the opportunities and tasks given to them.” 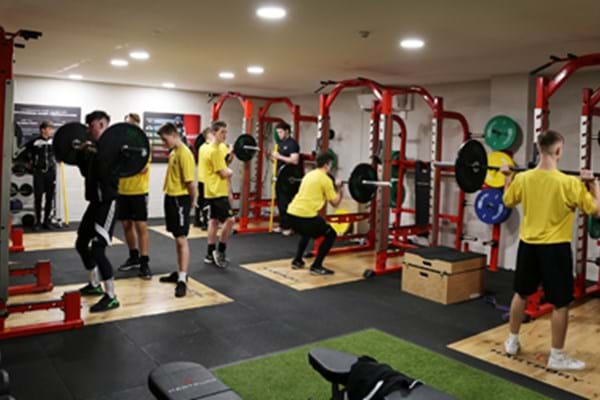