Up and coming Hartpury dressage rider Lily Hewitt will take the next step in her development as she represents Great Britain as part of the Young Rider team at the upcoming Saumur CDI in France.

Hewitt, 20, is part of a four-strong team of 18-21 year olds who will compete at the event both as a team and as individuals. If the BSc Sport and Exercise Nutrition student finishes in the top 15 riders she will take part in the music freestyle on the third and final day of the competition.

The event is another major step on Hewitt’s path towards the European Young Rider Championships and the dressage scholar heads to France in a good run of form following an impressive performance in the prestigious Keysoe CDI. Lily, finished in ninth spot in the Team Test on Sir Charlie Chaplin with a score of 64.122%, 10th in the Young Rider Freestyle (66.500%) and 13th in the Young Rider Individual (64.649%).

The Great Britain rider also took part in the Blue Chip Winter Championships which were held on home turf at Hartpury over the Easter break having qualified via the Regional Championships at Summerhouse where she came second with 71.80% in the Advanced Medium Championships.

Hewitt will follow in the footsteps of a previous Hartpury dressage scholar, Olivia Oakley who, alongside her horse, Donna Summer (Rio), finished up as the top British Young Rider combination in all three tests at the Saumur CDIO in France back in 2014, also picking up a team bronze medal. 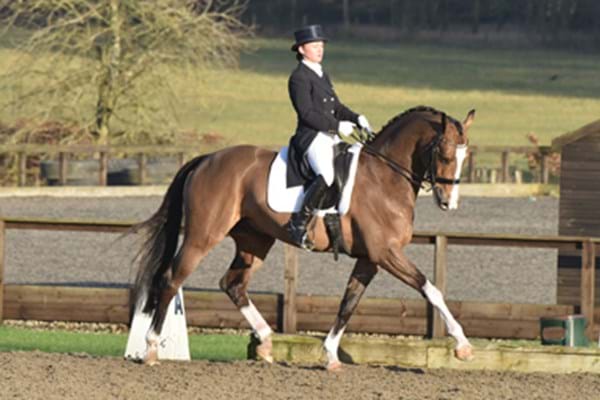