Despite taking the lead in the third minute through midfielder Sammie Hicks, Hartpury were stung by a ruthless attacking display from their opponents, who scored three goals in each half to advance through to the last four stage.

Hartpury were hoping to avenge last year’s ECFA National Championship play-offs final defeat to Bisham (FAB), where they lost on penalties, and things could not have got off to a better start when Hicks swept the ball home from six yards following good play from forward Tyler Brock.

FAB hit back and three goals in 15 minutes, including one sensational strike that left goalkeeper Phil Clarke with no chance, saw the tie swing in their favour.

And with Hartpury beginning to throw players further forward as they searched to reduce the deficit in the second period, FAB scored a further three on the counter to increase their lead and knock Hartpury out of the competition. 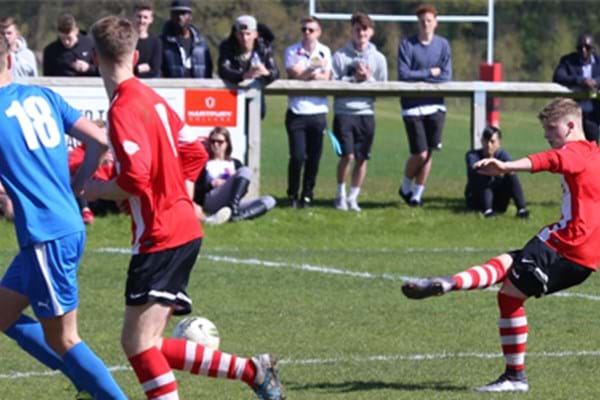