A host of Hartpury talent will hit the limelight at an awards ceremony which celebrates talent and success on the sporting stage.

Two teams and two individuals from Hartpury have had their incredible achievements recognised with nominations in this year’s Gloucestershire Sports Awards.

Millie Wood and Mollie Courtney are both nominated in the Senior Sports Player of the Year category while Hartpury’s junior football first team and the Gloucester-Hartpury women’s rowing team make up over half of the nominations in the Junior Team of the Year honour.

Former student Wood has enjoyed an incredible run of form on the rugby pitch, putting in numerous try-scoring performances for Hartpury and England Under-20s, who she also captained in a series against Canada. Just last week she also helped England Women to third at Malemort Sevens, scoring two tries on her senior team debut.

Animal management graduate Courtney is riding a wave of success on and off the track and has Tokyo 2020 firmly in her sights. The 18-year-old 100m hurdler has had a stellar season, culminating in an appearance for Great Britain in the World Junior Championships in Poland where she smashed her personal best. She also achieved a triple Distinction in her studies and was awarded the Ian Waterhouse Cup for Sports Person of the Year at Hartpury’s Further Education Prize Day.

Looking to scoop the honour of junior team of the year, the seemingly invincible Gloucester-Hartpury Junior Women’s Rowing Squad will battle it out with Hartpury’s junior football first team and the Deer Park Archers.

Most recently the rowers powered to gold when representing England at the Home International Regatta at Cardiff in August; they had received the call-up after securing five national titles in the season. Two members of the squad, Bryony Lawrence and Frances Russell, have also represented Great Britain at a World Championship.

Looking to pip their fellow college rowers to the title are the footballers. Earlier in the year the team secured a second successive English Schools Football Association (ESFA) Boys Colleges Trophy title, an impressive feat which showcased the determination which got them through a challenging competition.

The awards night, which will take place on 17th November at Cheltenham Racecourse, marks one of the highlights in the county sporting calendar and many leading grassroots sports people will be in attendance. 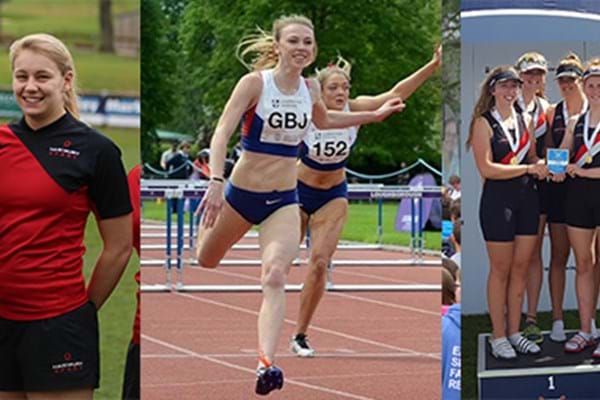