With maximum points after two difficult fixtures, Hartpury’s university 1st XV are seeking to emulate the start made by their counterparts in National League 1, when they visit old rivals Cardiff Met on Wednesday.

Over the years there has always been a keen rivalry between these two teams, perhaps dating back to the day in April 2007 when Hartpury beat their Welsh opponents (then known as UWIC) to win the first of their five British Universities championships.

Games between the two have typically been tense, occasionally caustic, affairs and the up-coming fixture this Wednesday (7pm kick off) is unlikely to be any exception.

Cardiff, like Hartpury, have made an excellent start to the new BUCS Super Rugby season and according to Hartpury Director of Rugby, John Barnes, this level of intensity is exactly what the new BUCS format is all about.

“It’s another top team we’re up against but that is, after all, the point of the national league; to give university teams a high level of competition and spectators a high quality of rugby to watch every week.”

Hartpury come into the game on the back of last week’s exhilerating 41-18 win over the reigning BUCS champions (pictured).

“The lads will take a lot of confidence from the Exeter game, beating them for the first time in two years. We know they are rebuilding after losing a lot of players from last season’s BUCS Championship winning team, but it’s still impressive to put 40 points on the defending champions. I thought we had a great second half.”

However, Barnes is quick to underline the scope of the challenge on Wednesday, saying “We’ve watched the two games Cardiff have played so far and we’re expecting to come up against a big, physical side.

“It will be an intimidating atmosphere too. I’m sure their small stand will be packed, especially given it’s an evening kick-off, as players from the teams who have played earlier in the day are likely to be cheering them on. They’re always well supported, but we know from the Durham game, we can still perform in front of big, partisan crowds and it’s great to feel that buzz around these matches.”

In other student fixtures, Hartpury’s second-string host the 1st XV from Swansea University whilst the 3rds have an interesting match-up against the University of Gloucestershire’s premier team at the Prince of Wales Stadium, Cheltenham (6pm). 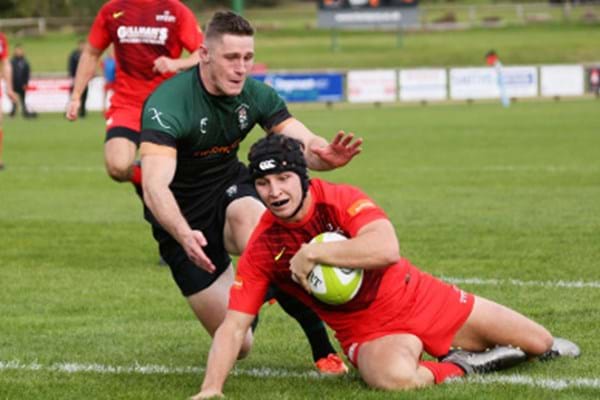