Former Hartpury student Mathilda Hodgkins-Byrne has been described as ‘one for the future’ as she picked up a GB award for the most promising Under-23 female rower.

The 22-year-old former A Level student was handed the Mark Lees Award at this year’s Great Britain Rowing Team annual dinner at London’s Twickenham Stadium over the weekend.

Hodgkins-Byrne, who won a number of national titles as well as rowing for Great Britain during her time at the college, has already shown great promise in her fledgling career having won gold at the World Under-23 Rowing Championships earlier this year.

The current Reading University student also made her senior team debut in earlier in 2016 before more recently finishing second at the British Rowing Senior Championships alongside Laura Meridew in the women’s double sculls event.

As part of the Gloucester-Hartpury Start Programme, Mathilda enjoyed quadruple scull success at the National Schools Championships, British Junior Championships and at the Henley Royal Regatta in 2013. She was also part of the fastest U23 crew at the British Championships that year. 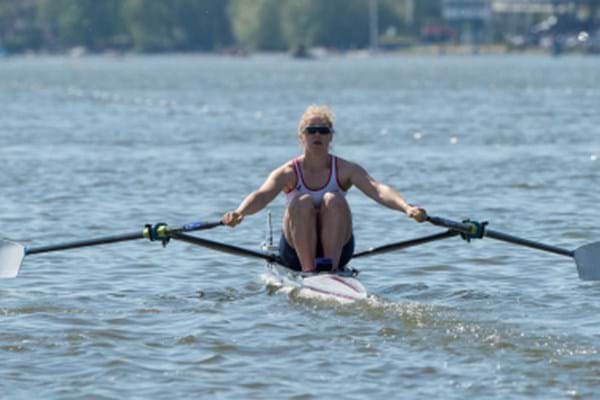