Hartpury are celebrating Christmas early after seeing record numbers of students studying at the university centre and college this year.

The university centre, awarded the right to offer its own degrees this year, saw the total number of students studying on campus up by 5% to more than 1,650. The college, meanwhile, saw its own numbers grow to more than 1,730, an increase of 2% from 2016.

The news comes after UCAS reported in November that the total number of 18-year-olds in the UK had dropped by 1.2 per cent.

These recent stats cap a successful year for Hartpury. The University Centre is among the top 20% of Higher Education providers nationally after being awarded Teaching Excellence Framework Gold. The award, which signifies excellence in the level of teaching on offer, was also the only Gold level awarded in Gloucestershire.

2017 also saw the college announced the highest achievement rates in England for 16 to 18-year-olds at specialist land-based colleges. Based on 2015-16 results the college’s pass rate was 95.2%, while their average diploma grade was a Distinction Plus – the highest grade achievable.

University staff also celebrated seeing continued success for their students with 97% in further study or employment within six months of graduating. Hartpury will also have students completing postgraduate research degrees for the first time after signing an agreement with the University of the West of England (UWE Bristol). This agreement will see Doctor of Philosophy (PhD) and Master of Philosophy (MPhil) research projects supervised at Hartpury from January 2018.

A new college accommodation block was also completed this year to allow more students to live on-site while studying for their A Level and diploma qualifications. Work has also begun on a new sports complex to complement its existing facility. Due for completion in September 2018, the building will house a new sports hall, human performance laboratory and biomechanics area, as well as extra classrooms and changing rooms.

Hartpury Principal, Russell Marchant, said: “It’s been another fantastic year for all of us at Hartpury. We’ve had a lot of things to celebrate and it’s great to end the year being able to say that even more people have chosen to study with us. It’s always great to be able to welcome more students to the Hartpury family, I hope that they have an enjoyable time studying with us.”

2017 was also another year of sporting success for Hartpury. Their RFC side clinched the National One title and promotion to the Championship by winning all 30 of their games. The university first team claimed the inaugural BUCS Super Rugby title, as well as the BUCS National Championship. And the college side claimed their eighth AASE Championship trophy in nine years.

The college’s junior football side was also named the best in country after winning the first-ever English Schools FA Elite Schools and Colleges Cup. 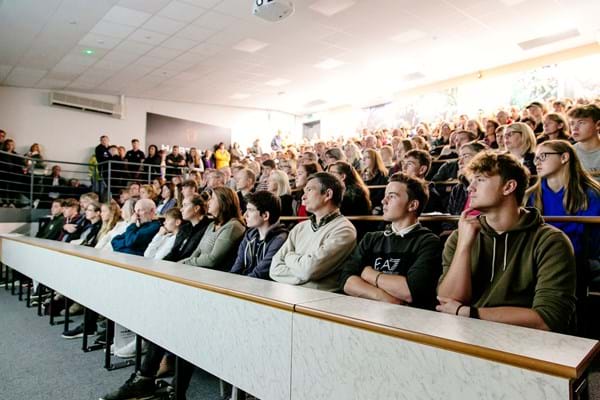