Hartpury College A-level student Lily Jones is thrilled to have fulfilled a long-held sporting ambition after securing a place in the England Roses Academy for potential netball stars of the future.

Lily is a member of the highly successful Hartpury Netball Academy, headed up by Holly Duerden, and also represents Team Bath in the Netball Performance League (NPL).

After impressing at trials for a place in the England Roses Academy, Lily is now in contention to represent England at U19 level when fixtures are no longer suspended because of the pandemic.

Lily said: “I am so excited to have been selected into the England Roses Academy programme, which has been a dream of mine for many years.

“After joining Hartpury, Holly and I spoke about how I would get there and I’m thrilled that all the hard work has finally paid off.

“Hartpury College and the Netball Academy staff have given me the support, training and opportunities that have helped me improve my life and netball skills in a fun and challenging environment.”

Holly Duerden, Netball Academy Manager at Hartpury, said: “Lily is the perfect example of a student athlete successfully balancing her A-levels alongside her commitments to our Netball Academy and the Netball Performance League.

“The hard work she has put in over the past four years of me knowing her and in the past two years of her being at Hartpury have been rewarded.

“Lily has fully utilised and embraced every aspect of being a residential student at Hartpury.

“We’re sure she will continue to blossom and we hope to see her on the big stage in the future.”

Students at Hartpury have access to a range of world-class sports facilities on its 360-hectare campus, including its new £8.8 million Sports Academy featuring netball courts, a biomechanics laboratory, and a human performance laboratory. 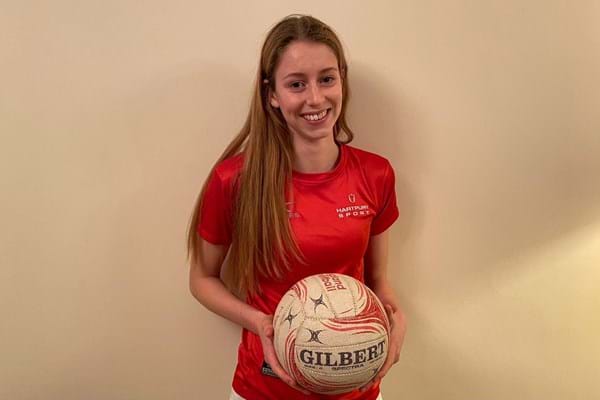