Team GB's Men's Rugby Sevens may have had to settle for fourth place in Tokyo, but given their turbulent preparation to these Games, have much to be proud of.

Uncertainty around funding and a limited programme gave GB's men an uphill climb in the run-up to these Games, particularly when compared to the more established programmes of New Zealand, Argentina and Fiji.

Dan Norton, Hartpury College alumni, played a vital role in the team's promising performances during the early rounds. This was Norton's second Olympic Games, having formed part of the silver medal winning team in Rio. On Tuesday, the 33-year-old helped Team GB pull off a stunning turnaround against the USA.

Britain looked down and out after losing their captain, Tom Mitchell, to injury in the first minute and then falling 21-0 down in the first half. However, they summoned remarkable resilience to stun the USA 26-21, scoring four unanswered tries at the Tokyo Stadium in intense heat and humidity. Dan Norton was amongst the try scorers, with Ollie Lindsay-Hague, Ben Harris and Alex Davis also touching down. Dan Bibby kicked three conversions.

Heading into Wednesday's semi-final match-ups, GB had much to be optimistic about.

Having lost 29-7 to New Zealand in a one-sided semi-final earlier in the day, GB managed to refocus well with a Ben Harris try inside 30 seconds against Argentina.

However, Lautaro Bazan Velez broke to level before 21-year-old Marcos Moneta, one of the players of the tournament stepped inside Dan Norton to score. Ollie Lindsay-Hague brought GB level again at 12-12 after the interval but Alex Davis' missed tackle on Ignacio Mendy proved decisive.

While the result may feel disappointing and the future of GB Rugby Sevens still has some uncertainty, the entire team have shown incredible resilience and enthusiasm for this popular Olympic sport.

"We're incredibly proud of Dan and everything he has achieved during and since his days at Hartpury College," says Tom Radcliffe, Director of Elite Sport at Hartpury.

"Rugby Sevens has only been part of the Olympic Games since Rio 2016 and Dan has played a pivotal role on both occasions. The run-up to these Games has been a challenge, and Dan and the team have shown true grit to even make it to Tokyo, let alone finish just outside the medals."

"Here at Hartpury, we're passionate about preparing our student athletes to be the very best they can be and Dan is a role model for any budding rugby star of the future. We're looking forward to seeing how the women's team gets on later this week," he added. 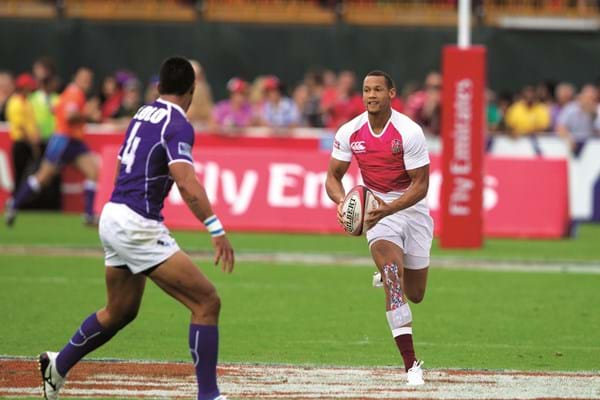