Despite a second-leg, 2-1 loss, the Black Stars 6-1 advantage from the first game ensured their progression 7-3 on aggregate.

Waris started the game in Cairo alongside the likes of Chelsea’s Michael Essien and AC Milan’s Sulley Muntari, deployed in the wide role behind Ghana captain, Asamoah Gyan.

Billed as one of the toughest of all the African qualifiers, Egypt were favourites going into the first leg before the Black Stars raced away with a 6-1 victory, meaning Egypt needed to score five at home without reply.

The former Hartpury man played his part across the two ties with a goal and an assist in the first leg to set up their all but inevitable progression.

With three goals in his last six games, the Spartak Moscow forward will be hoping his good form continues as he looks to book his place on the plane to Brazil next summer.

Hartpury’s Director of Football, Tom Radcliffe, is hopeful of seeing one of his former players starring at next year’s finals.

“To be able to see a Hartpury lad playing in the World Cup finals would be amazing. The programme we run here has already seen International as well Champions and Europa League players, but to have one of them playing on the world’s biggest stage would be something completely different.

It shows the strength of the programme we have here, that we’re able to say we have had players go on to receive international caps and play in biggest games.”

Waris scored 36 goals in 21 games for Hartpury, including back-to-back hat-tricks in the semi-final and final of the England Schools FA National Cup.

Having signed for Swedish side BK Hacken after leaving Hartpury, the 22 year old moved to Russian side Spartak Moscow last year. He now has four goals in ten games for his national side. 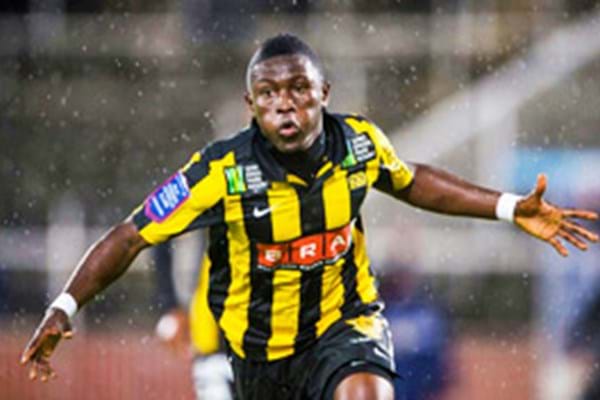