James, who holds both an undergraduate and masters degree through Hartpury, becomes the latest addition to the college’s elite football graduates who have been given pro deals.

This latest deal sees Baldwin sign a 2 year contract with the Swedish team, who will be plying their trade in the second tier of domestic football following their back-to-back promotions.

Baldwin captained the university side to the 2011 BUCS National Championship and has a long standing association with Hartpury, having spent seven years studying here.

His first two years were at the college up to 2006 studying for a National Diploma in Sport. He then returned to complete his BSc in Sports Studies in 2009 before graduating from the Masters programme in Sports Management in 2013.

“I wouldn’t have had the opportunity to do anything like this without being at Hartpury,” James said. “I’ve developed so much, both in terms of my football and my education, since I joined. The tutors, the coaches and all of the players that I’ve played alongside have all aided my development and I’m extremely grateful for that.”

Director of Football, Tom Radcliffe, said “James has been an integral part of football at Hartpury since he arrived. He was a good player but was never given an opportunity to showcase his talents. He did not have a professional club background but had obvious ability as a player and an athlete. . He needed direction and focus, and Hartpury gave him that. He is a versatile player and would be a strong addition to any squad. We wish him the best of luck.”

James will be the fifth Hartpury graduate to sign for Östersunds after David Accam, Sam Mensah, as well as Isaac Shaze and Thomas Boakye, who are still at the club.

His new manager, Graham Potter, added “James is a fantastic addition to our group. He can provide competition for places in all the defensive positions as he is able to play at both full-back and centre back. He is strong, quick and technically sound but also has a fantastic character and the will to improve. His football and educational experiences place him in an exciting period in his life to take up this challenge here with us. He was really enthused about the project we have here and will be a great asset for our squad.” 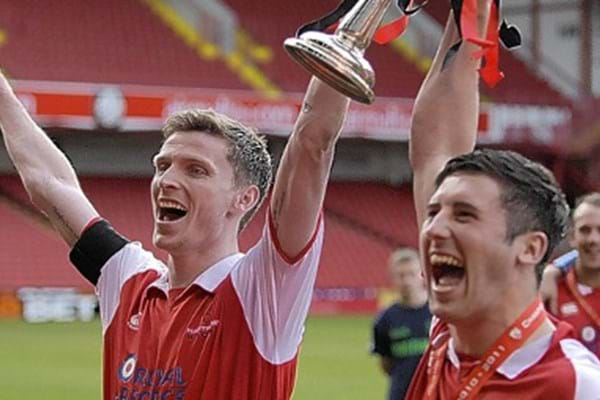