Ampthill, who had only previously tasted defeat on their own soil once this season, played with the wind first and made full use of it early on, with flanker Darrell Dyer barging over in the corner after a catch-and-drive had brought the Hartpury try line in sight.

Rob Davies doubled his team’s tally eight minutes later after Hartpury captain Chris Fortey had been sin-binned, with the centre crossing out wide after several phases.

Hartpury, fielding a team containing six teenagers, were in disarray and a hiding seemed in store when Joe Tarrant intercepted a wayward pass on halfway and raced home, converted by Elliot Clements-Hill.

But the visitors clawed one back through Steph Reynolds, who capped the outstanding Ben Roberts’ break, before the latter’s centre partner Steve Leonard scythed through in midfield and finished superbly (pictured).

Gareth Thompson added the extras, and the fullback edged Hartpury ahead for the first time on the interval as he converted Reynolds’ second try, the lively winger showing fine footballing skills on the right to create the score.

Billy Burns slotted a penalty shortly after the restart as Hartpury maintained their momentum, but Ampthill regained the ascendancy when Dyer wrestled over seconds later.

Leonard burst through again, though, to swiftly restore the visitors’ advantage, with Burns on-target from the tee.

Ampthill’s degenerating discipline ultimately cost them dear, as four more penalties from Burns in the final half-hour, distributed either side of Shaquille Myers’ yellow card for the home side, sealed a 10-point Hartpury lead at the top of the division.

Hartpury would like to thank Ampthill for their excellent hospitality and look forward to the return fixture in April.

Hartpury’s next match, and final match of the year, is at home to West Country rivals Clifton on Saturday 21st December. 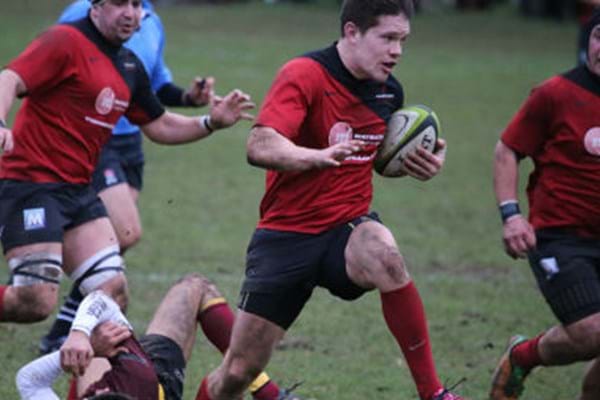