James Knight, who is studying for his extended diploma in horse management, is preparing for the Dodson and Horrell Veteran Championships Ridden Class at Olympia Horse Show this December on his horse Isatis de L’Ecluse (Issy).

Tom Hallam, FE Equine Head of Departmen, added, “We wish James and Issy, who is stabled at Hartpury, the very best of luck in their class at Olympia this year. He deserves great success having worked incredibly hard in preparing for the competition whilst at the same time balancing this with the demands of his full time equine course. It is great that James is able to benefit from the equine facilities here at Hartpury and we look forward to hearing his result."

Before James came to Hartpury, he had previously home-produced and competed three horses; two Thoroughbreds – a 15hh show hunter and an intermediate show riding type and a Selle Francais Intermediate Show Hunter / veteran. In 2012 James qualified his show riding type for the Horse of the Year Show. 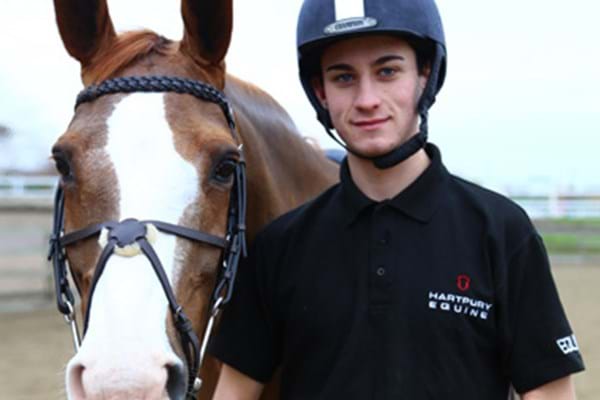