Hartpury’s rowers dominated the Under-18 category at recent British Indoor Championships with the girls taking the top five spots in their event.

In the Lightweight Under 18 female category, Flo Pickles (Rowing AASE programme/Gloucester-Hartpury) picked up the third gold of the day with a personal best time after A Level student Adam Parkhouse had dominated to win the male Under-18 event earlier in the day.

The men’s event also saw fellow A Level students Tom Grahamslaw and Will Kemp gain top ten finishes in their first ever race, having joined the programme as beginners in September after being identified via the GB Rowing Team ‘Start’ talent identification programme.

In the women’s student event, Mathilda Hodgkins-Byrne overhauled the early leader by half way and went on to claim Hartpury’s fourth gold of the day.

Hartpury’s head rowing coach, Tom Pattichis, said “the results all round were particularly pleasing, given that preparation was disrupted in the lead up to the event, meaning the rowers were not as well rested as they normally would have been. In spite of this several personal best times recorded, showing an excellent level of determination and willingness to race hard from the whole squad.” 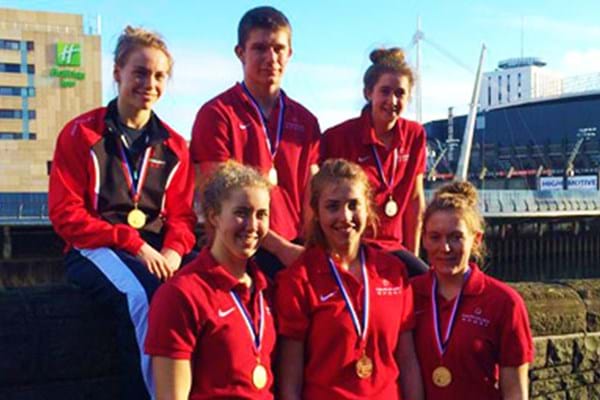