In keeping with a number of recent displays, maintaining possession proved an arduous task for Hartpury as the visitors monopolised the ball for long periods of the match.

But the greater firepower of Hartpury’s forwards eventually told and guided the home side into 2014 with a 10th maximum of the season and a 12-point cushion at the top of the division.

Billy Burns opened the scoring for the hosts with a third-minute penalty, before captain Chris Fortey danced over off the back of a driving maul.

But, despite their opponents’ fast start, it was Clifton who dominated proceedings as they pinned Hartpury inside their own 22 for several minutes at a time.

Just when the hosts appeared to have weathered the storm, Clifton’s Will Meakes intercepted a wayward pass to touch down for a try converted by Charlie Foley.

Despite their ongoing control, the visitors lacked the finishing touch and Hartpury punished them a minute before half-time, with 17-year-old back-rower Joe Batley capping a catch-and-drive and Burns improving.

The interval did little to change the flow of the game as Clifton grabbed a quick seven-pointer through their outstanding centre Tom Preece, who ghosted through unopposed.

Still the Bristolians flooded forward, but the Lavender and Blacks were again hit by a sucker punch when England Sevens star and former Gloucester and Bristol winger Dan Norton scented space from a turnover and scorched home from long-range.

Foley swiftly slotted three points to bring Clifton back within touching distance, but Hartpury had finally established a foothold in the game and soon forced their way into opposition territory.

The scrum had been one of the few areas on which Hartpury had asserted their authority throughout and, after they opted to pack down from a penalty five metres out, referee Phil Watters wasted no time in awarding the advancing hosts a penalty try.

Terry Fanolua then made the result all but safe as he gathered Burns’ scooped pass and crashed over near the posts.

Hartpury had not managed to completely eradicate the loose play that was costing them earlier in the game and the excellent Meakes exploited a mix-up between Burns, Fanolua and Steve Leonard off the kick-off to complete his brace.

But the Gloucestershire side had the last laugh as slick handling on the left set the platform for Dave McKee to burrow over out wide. 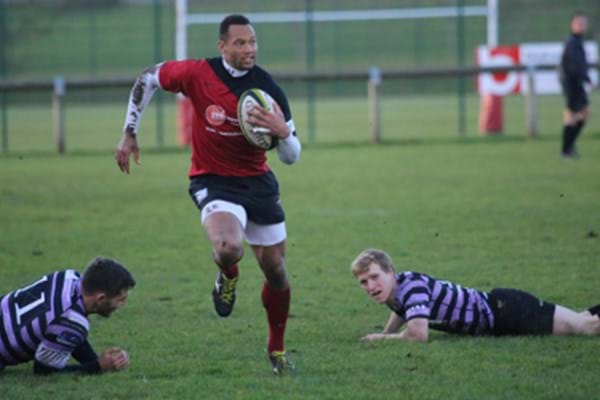