January is traditionally big month in northern hemisphere rugby as the leading sides prepare for the 6 Nations tournaments. As is becoming more and more usual, Hartpury students past and present are getting the recognition they deserve.

Jonny May has topped off a hectic few days of international rugby selection news by being named on the wing for England's opening 6 Nations encounter, away to France on Saturday, 1st February (1700 GMT). He made his international debut on the tour of Argentina back in the summer of 2013, but this selection gives particular satisfaction in that it comes from a full strength England squad.

Jonny, who is currently completing his degree in Sports Business Management at Hartpury, originally made his mark with a string of high-profile performances for the College which led to his selections for England at age group level. Having become a full-time professional with Gloucester Rugby, he has been threatening to make the breakthrough to full international rugby for the past two seasons.

We wish him well for Saturday and beyond...

As expected, old boy Alex Cuthbert is named in the staring XV for Wales vs. Italy, while Dan Tuohy will be waiting to find out whether he will play any part for Ireland against the Scots.

However this week has brought other good news. Both Elliott Stooke and Dan Robson, having been selected at U20 level in the past, have made the breakthrough into the England Saxons starting line-up. Also with the Saxons is full international Charlie Sharples, who started against Ireland Wolfhounds last weekend and will be looking for his chance off the bench on Friday, versus France.

Old boy Callum Braley is named as skipper for the England U20s, also against Les Bleus, where he will be joined in the starting line-up by Hartpury RFC 'regulars' Billy Burns and Ross Moriarty. Also at U20, Nicky Thomas starts for Wales, versus Italy, whilst both Ben Vellacott and ex-student Jack Cosgrove will be hoping for game-time as Scotland tackle Ireland in Athlone.

Finally, Seb Rodwell marked his debut for England Students with a try against the Potuguese national side last weekend, and takes his place again as they face France this weekend. 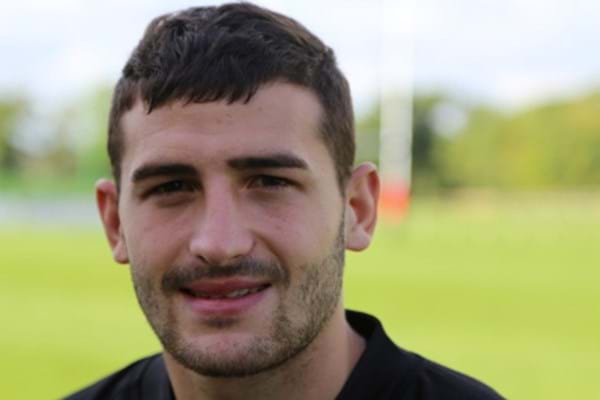