Cambridge reduced Hartpury’s lead at the top of National Two South to nine points after a bonus-point 31-21 victory at a rain-soaked Volac Park.

The hosts grabbed their first try on four minutes in bizarre circumstances, with Mike Gillick cruising through almost untouched while Hartpury complained about a quickly taken penalty.

Hartpury responded swiftly and Billy Burns slotted a penalty, before doubling his tally at the end of the first quarter with an excellent strike from out wide in the most testing of conditions.

It was, unsurprisingly, an attritional affair as both teams struggled to make the ball stick in unrelenting rain.

But just as the tie seemed to be heading into the interval without further incident, prop Jamal Ford-Robinson powered through from the back of a lost Hartpury lineout to take Cambridge eight points clear with Jim Wigglesworth’s second conversion.

There was still time for Burns to reduce the deficit with another penalty on the half-time whistle, but disaster struck for the Gloucestershire outfit 48 seconds after the restart when Mike Ayrton won the race to a fly-hack and dived over.

Again, the visitors’ riposte was immediate as Ross Moriarty (pictured) touched down from a driving maul, converted by Burns.

Yet another unforced error in midfield, however, as the college attempted to clear their lines from the subsequent kickoff set the platform for lock Ollie Marriott to barrel over for a score under the posts.

Hartpury failed to make best use of the elements as ball after ball hit the deck, but some rare field position brought a try for scrum-half Ben Vellacott down the blindside to make it a five-point game with 15 minutes to play.

The visitors then had three opportunities to snatch a share of the points, but two lineouts inside the Cambridge 22 and a crucial pass following Terry Fanolua’s half-break all went begging.

And it was from that piece of loose handling that, in an all too familiar situation from Hartpury’s point of view, winger Gillick hoofed up the touchline before gathering to seal victory with three minutes remaining.

On a day when little went right for Hartpury, they were even denied a last-gasp losing bonus point by the crossbar as Burns’ tee-shot cannoned back into Cambridge hands.

Hartpury would like to thank Cambridge for their excellent hospitality and wish them well for the rest of the season.

Hartpury’s next match is at home to Launceston on Saturday 11th January. 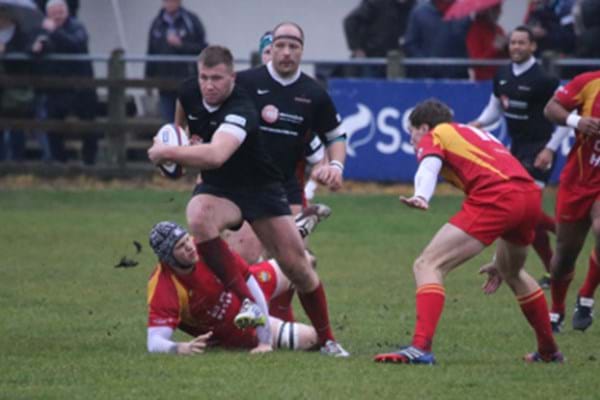