England 2015 has today named the 65 bases that will now go through to the next phase of selection and Hartpury is delighted to be in the mix to potentially host one of the 20 teams that will compete in the six-week tournament.

While bases on the approved list are not guaranteed to host teams, many of the competing nations are now undertaking visits to bases on the list as they consider their options.

The bases include a mix of rugby clubs, universities, colleges, schools and established training grounds used by national, premiership and championship rugby and football clubs.

Hartpury is renowned for its exceptional sporting facilities and already acts as a training base for Aviva Premiership Gloucester Rugby, while many students have moved through the Hartpury ranks and on to academy or professional contracts with the Cherry and Whites, as well as championship clubs like the Cornish Pirates.

Hartpury’s Director of Elite Sport, former Bath and England Rugby Union centre Phil de Glanville, said: “We’re exceptionally proud of the facilities we have here and we’re thrilled to be through to the next stage of the selection process. It would be fantastic for our students and staff if one of the teams competing at Rugby World Cup 2015 were to choose us as their base during the tournament.

“We pride ourselves on producing and developing elite athletes, but also on the fact that our students across all sports courses benefit from the outstanding facilities, teaching and resources we can offer them, as well as from working with those elite young sports men and women.

“It would be an incredible opportunity for our students and staff to also have international rugby players and their support teams on site over an extended period of time.

“With three Rugby World Cup 2015 matches being played at Kingsholm and Hartpury potentially being selected as a team base, Gloucestershire’s reputation as a hotbed for rugby is well and truly secure.”

Five times British Universities and Colleges National Champions, Hartpury Rugby has produced over 100 internationals over the last 10 years. The senior rugby academy gives talented young rugby players the opportunity to compete at the very highest level of university sport and complete their studies in a variety of honours and foundation degree subjects.

England 2015 requires up to 50 bases for use during the tournament. These will be confirmed mid-2014 after team visits and selection have been completed.

England 2015 CEO, Debbie Jevans, said: “Since launching the Team Base selection process, there has been strong support for the tournament right across England and Wales with over 80 applications made to us. We are fortunate to have a great number of excellent facilities available to host the teams in 2015.” 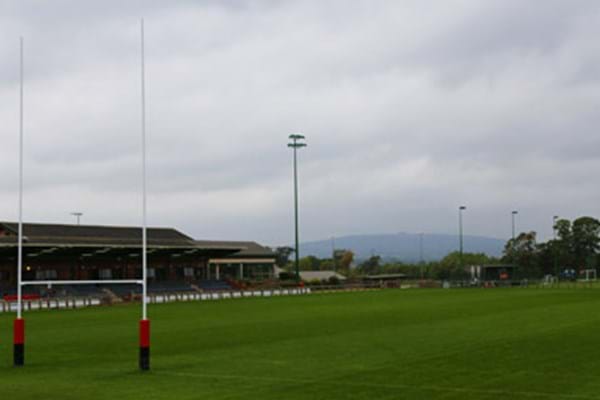