Sam Richardson’s hat-trick of tries condemned Hartpury College RFC to a 22-12 defeat, their fifth reverse of the season, and helped maintain Taunton’s unbeaten home record. Not surprisingly, most other fixtures in the league were sensibly postponed, leaving the points situation at the top of the table largely unchanged.

Playing with a powerful wind at their backs in the first half, Hartpury began strongly and pinned the Titans down inside their own territory.

Craig Jackson pushed a penalty wide and James Gibbons went close in the corner, but the opening score was not long in coming and it was a stylish effort.

Nathan Thomas popped the ball off the floor after fielding a dipping kick superbly in midfield, before some slick handling on the left released Steph Reynolds for five points.

Taunton gradually established a foothold in the game as their pack carried hard and direct.

And it was one such carry from Richardson, who had only replaced the injured Will Webster two minutes earlier, that saw the back-rower force his way over for a try improved by Gary Kingdom.

Hartpury struck straight back, however, and Mike Luxton finished off a well-executed catch-and-drive, with Jackson converting brilliantly from the touchline.

But the see-saw battle continued and, after a bullish run from former Exeter Chiefs centre Charlie Walker-Blair, Richardson was on-hand to crash over for his second.

Having failed to make best use of the elements and with Taunton’s tails firmly up, Hartpury needed a solid start to the second half.

But the Titans grabbed the crucial try three minutes into the half when Kingdom gathered his own up-and-under, before fine interplay between Luke Plummer and Jack Conway set up Richardson to complete his treble.

A forwards and kickers’ slugfest developed as the mud deepened, with Kingdom launching Hartpury back into their own half time and time again.

The visiting coaching staff threw on four substitutes on 62 minutes in the hope of salvaging something from the game, but Kingdom slotted three points 10 minutes from time to leave the college side a mountain to climb.

Hartpury seemed set to secure a losing bonus point when, after Reynolds’ excellent break and a close-range drive that saw them held up over the try line, referee Shane Lewis signalled a penalty by the posts in the last play of the game.

But, on a day when little went right for the visitors, Jackson skewed his attempt the wrong side of the posts and Hartpury departed empty-handed.

Hartpury would like to thank Taunton for their excellent hospitality and wish them well for the rest of the season.

Hartpury’s next match is at home to Bournemouth on Saturday 8th February. 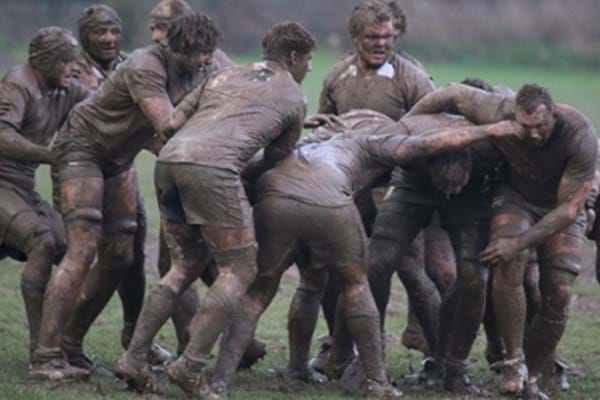