Hartpury College’s Jaike Carter – one of Spain’s hottest rugby sevens talents – passed on his advice to a group of aspiring players hoping to make it in the Olympics’ newest sport at a unique coaching academy run at the college.

Twenty-nine players from Gloucestershire and Wales, aged 13 to 18, attended the academy day run by UR7s, where they were introduced to the shorter format of the game by Jaike and Wales Sevens player, Nick Wakeley.

“It’s totally different to the full format of the game and we’re just trying to change the lads’ way of thinking,” Jaike said. “We’re aiming to give them the basic skills and understanding of the game to take forward in their development.”

Jaike, who spent time playing professionally in Spain after graduating from Hartpury and was part of the Spanish Sevens side during their debut season in the HSBC World Series last year, was keen to see the players learn more about his favourite format.

“I hope the lads take away more of an understanding about sevens and some more enthusiasm for it as it’s a great route to go down and a great sport to play.

“I love the fast-paced, open nature of the game and it’s a fantastic up and coming sport. I hope that through days like this we can continue to introduce more young people to sevens.”

Hartpury student, Gareth Harris, 17, said: “It’s great to get knowledge from coaches who have been there and done it. Both Jake and Nick have been excellent. They are really good coaches and have given me a lot of information that I hope I can take forward.”

For Llew Smith, 14, from Llandovery College in Wales, this was the next step in his dream to become an international sevens player for his home nation:

He said: “It’s superb to learn from coaches with international sevens experience and this is one of the best coaching days I’ve ever had. All the information has been really interesting and helpful.

“The facilities here are among the best in the country and to have this 4g pitch to play on has been amazing, especially with all this rain.

“I’d definitely come back if there was another academy day here. Hartpury is definitely in my mind in terms of my next move after I finish school.”

The UR7s Academy at Hartpury was one of the only academy sessions to take place after adverse weather had caused the group’s other events to be postponed.

Academy Manager, Huw Warren, said: “To be able to beat the rain was great for us. We were worried after seeing two more academies cancelled it would be a clean sweep, but even though we couldn’t play on grass, Hartpury allowed us to use the rubber crumb and made sure we got everything done that we wanted to.” 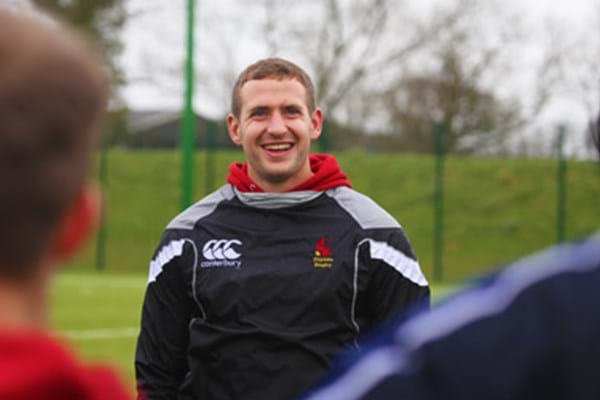