For Smith, who studied for his Masters in Sports Management at Hartpury, Saturday’s victory over Melbourne Victory was a double celebration after his wife, Aicha, gave birth to a daughter, Isla – his third child – just a few days earlier.

The centre back, 31, will now turn his attention to trying to help the Roar claim their second Premiership-Championship double with success in the Grand Finals before setting his sights on making the plane to Brazil as part of Australia’s World Cup squad.

Since graduating, the central defender has gone on to win three A League titles in Australia - one as part of an unbeaten season, where he was also named in the PFA Team of the Year. On top of this, Matt made his debut for the Australian national side in 2013.

Hartpury’s Deputy Director of Elite Sport, Tom Radcliffe, who coached Matt during his time here, said: “It’s brilliant to see Matt lift another A League title, especially after such a busy week and the birth of his baby daughter! Matt is an example of what hard work and determination can do and is proof that the system we’re running here at Hartpury works.

“We all wish him the best for the Grand Finals and beyond. Seeing him in the World Cup this year would be excellent. He certainly deserves to be on the plane after four fantastic seasons in Australia.”

Following the 1-0 victory on Saturday, Smith received the Premier’s Plate from Football Federation Australia Chief Executive David Gallop. Winning the title has ensured Smith’s side will qualify for next year’s AFC Champions League.

While completing his Masters degree in Sports Management, Matt was an influential part of Hartpury’s football programme. Having won the BUSA National Championship, he was also selected to play as part of the Great Britain University side in the World University Games in Bangkok.

If selected, Matt could be the second former Hartpury student at the World Cup with Ghana’s Abdul Majeed Waris also in with a good chance of making his national side’s squad. 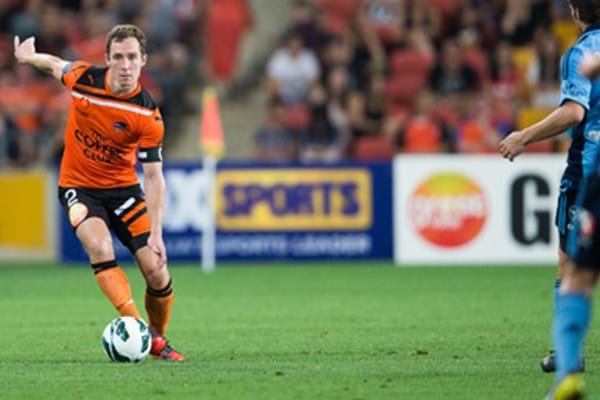