Hartpury College RFC opened up an 11-point lead at the top of National Two South with a hard-fought bonus-point 23-18 win at Shelford, who lost at the Davey Field for the first time since November.

The match started well for Hartpury as Charlie Baker’s sin-binning reduced Shelford to 14 men within six minutes, with Craig Jackson punishing the scrum-half’s side from the tee.

Similar indiscipline from the visitors helped Shelford work their way up the field and restore parity through Adam White’s penalty.

Jaike Carter then registered the afternoon’s first try on 17 minutes after he gathered Terry Fanolua’s long pass and stepped inside Steve Smith to score out wide.

Warwick Anderson’s close-range effort drew Shelford level again and they took the lead when Baker darted through for a converted try.

Shelford were finding plenty of field position for their monstrous forwards to exploit, but two tries either side of the half-time whistle saw Hartpury regain the ascendancy.

Jackson gathered his own chip to finish a fine counterattack after Shelford lost possession in midfield, before the Scot’s break set up Mike Luxton (pictured, top) for five points just 31 seconds after the restart.

Luke Beales then became the second Shelford player of the day to receive yellow as the hooker tackled Gareth Thompson late.

And, with the hosts a man light in defence, Steph Reynolds extended Hartpury’s advantage to eight points, the winger capping a brilliant team effort that started with a quickly taken lineout on their own five-metre line (pictured, bottom).

Shelford were not buried yet and White kicked his second penalty with 12 minutes remaining.

The College’s lead suddenly looked frail, but the introduction of the giant Jimmy Litchfield into the fray made an enormous impact as the prop helped win some crucial penalties at the set-piece to relieve the pressure.

Thompson missed the chance to seal victory when his penalty sailed wide and Steve Leonard was chopped down inches short, but Hartpury were not to be denied and held on for maximum points.

Hartpury would like to thank Shelford for their excellent hospitality and wish them well for the rest of the season.

Hartpury’s next match is at home to Redruth on Saturday 22nd March.

On Wednesday 12th March, there is a fantastic rugby double-header at the College. The Senior 1st XV host Northumbria University in the quarter-finals of the BUCS Championship (KO TBC), before the U18 1st XV play title rivals St. Paul’s Catholic College in the final round of the AASE League South Group (KO 6pm).

Please come and support the boys on what is a huge day for Hartpury Rugby. 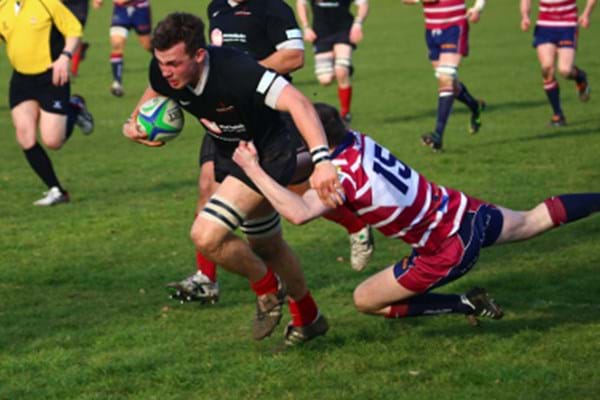