Steph Reynolds opened the scoring for the hosts within two minutes when he capped a slick counterattack, with Billy Burns adding the conversion.

Burns extended Hartpury’s lead with a simple penalty before Terry Fanolua added to the tally, the Samoan crashing on to Ben Vellacott’s short pass to score under the posts on the half-hour mark.

From the subsequent kickoff, the College flooded forward again and Craig Jackson dived over out wide to finish Steve Leonard’s initial break, with Reynolds and Vellacott combining well in the build-up.

The latter touched down for the bonus point five minutes after the restart after superb interplay between Burns (pictuerd, top) and Jackson from deep.

Chris Fortey was driven over from a lineout for Hartpury’s fifth try, which Jackson improved, and Reynolds swiftly completed a brace as the winger jogged home unopposed after a turnover (pictured, middle).

The visitors did manage a consolation score in the last play of the game when the lively Ashley Hosking, on for Brett Rule at fullback, set up John Stevens and converted.

Hartpury would like to thank Redruth for an excellent match and wish them well for the rest of the season.

Today’s game marked the beginning of the biggest week of the year so far for Hartpury Rugby.

On Wednesday, the U18 1st XV go head-to-head with Oaklands College in the AASE League semi-finals in a repeat of last year’s AASE League Final. The match will kick off at 2.15pm on the main pitch. The 2nds and 3rds are also at home, contesting the BCS Elite League quarter-finals against the first-teams of Bicton College (12.30pm) and Myerscough College (2.00pm) respectively.

Hartpury then travel to Twickenham on Friday for the BUCS Championship Final against Leeds Metropolitan, looking to win the trophy for the fifth time. The game kicks off at 7.30pm and you can book your place on the supporters’ bus via the College’s online shop for £15, which INCLUDES your match ticket. Those travelling from further afield can purchase match tickets online through the RFU website or at the stadium on the day.

The following day, the RFC visit Canterbury, their closest challengers in the National Two South title race. Victory in Kent would be a huge step towards securing promotion, with only seven points separating the sides at present. Kickoff is at 3.00pm and we hope anyone supporting the team at Twickenham will make a weekend of it and cheer on the boys on Saturday as well. 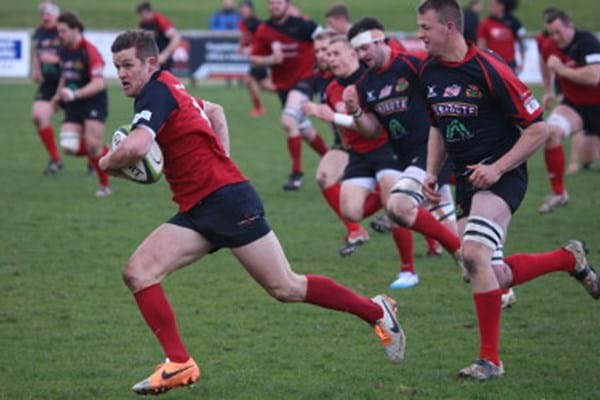