It was a shaky start from the hosts, who saw St. Paul’s Catholic College end their four-and-a-half-year unbeaten home record in their last outing, and Oaklands, who Hartpury beat in last year’s final, took the lead on 15 minutes.

Having dominated possession and territory, the visitors kicked a penalty to the corner, and a well-worked lineout put hooker Jack Singleton over on the blindside. Jamie George landed the conversion.

Hartpury were struggling to make an impact on the game, but the introduction of Jacob Perry (pictured, middle) was pivotal.

The fullback’s direct running and slick hands twice linked play together wonderfully as the Gloucestershire side shifted the ball from wing to wing, setting the platform for captain George Edgson to dive over out wide and Perry to convert.

The score instilled some confidence into the home side and Perry slotted a simple penalty to edge them in front at the break.

Hartpury came flying out of the blocks after the restart and extended their advantage six minutes into the second period, with Henry Harper burrowing over in the corner following a bulldozing Edgson carry (pictured, bottom).

Only a brilliant last-ditch tackle from Harvey Hutchins prevented Hartpury from going further ahead seconds later as the openside chopped down Will Safe, who had the line at his mercy.

Shortly afterwards, Oaklands were adamant that they had scored from a catch-and-drive, but referee Ian Bibey adjudged that they had knocked the ball on in the act of scoring.

And Harper made the Saracens AASE outfit pay as the lock grabbed a carbon copy of his first effort, barging his way over after an almost length-of-the-field Mat Protheroe burst. Perry added the extras.

Errors began to mount as both teams rang the changes and the game became gradually more disjointed, but there was still time for replacement Jack Thomas to spin over from close-range for Hartpury’s fifth try and add gloss to the result.

Hartpury would like to thank Oaklands for an excellent match and wish them well for the rest of the season.

Hartpury’s next match is the AASE League Final against Prince Henry’s Grammar School from Leeds, who defeated St. Paul’s 18-15 in the other semi-final, at Allianz Park on Wednesday 2nd April. KO TBC. 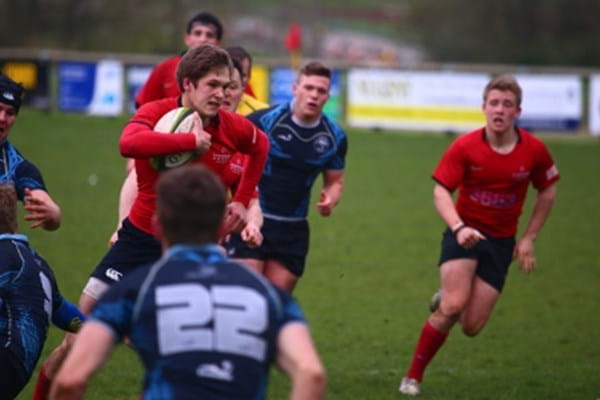