For the most talented among Hartpury's university players, Red Rose HQ could become a regular stomping ground as they move up the rugby ranks.

But nothing can quite compare with running out on Twickenham's hallowed turf for the first time, according to Hartpury's director of elite sport, Bath and England centre Phil de Glanville.

Many of the Hartpury contingent contesting tomorrow night's BUCS Championship showdown with Leeds Metropolitan will be getting their first taste of Twickers. And with Hartpury having produced more than 100 rugby internationals – Jonny May being the latest to play a starring role for England in this year's RBS 6 Nations – that taste could be the first of many.

“Some of this team will go on to play rugby at the highest level for years to come, but for others, this could well be their pinnacle,” said de Glanville.

“Regardless of what these players go on to achieve, playing at Twickenham tomorrow night will always remain in their memories as something really special. It will be a tremendous occasion and representing their institution - the place where they have played alongside their mates for the last three years – is a massive motivator.

“They say the friends you make at university are friends for life and that's certainly been true in my case. There's a really special bond between these students as team-mates and they will be determined not to let each other down.”

De Glanville made his own first appearance at Twickenham playing for Durham in the County Championship final. He then went on to play in a number of Pilkington Cup finals there for Bath – there were no Premiership play-offs to contest at Twickenham back then – and ran out in England colours at HQ on many occasions between 1992 and 1999.

“Twickenham has changed a lot since then, but that incredible feeling of running out there with your team-mates, bursting with pride in representing your club, country or college, will be exactly the same,” added de Glanville.

“The chance to be a part of occasions like this is a big reason why these lads chose to come to Hartpury. Not all of them are sports students. George Boulton, for example, studies agriculture. But the one thing they have in common is that as elite rugby players, they get all the support they need to be the best they can be. 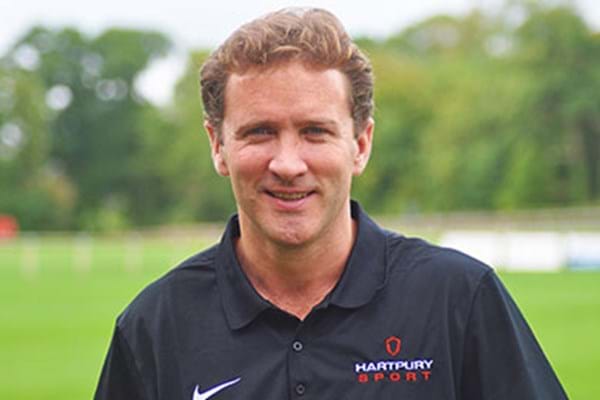