Are you a women’s rugby player with the talent or potential to play at the highest level? The new Gloucester-Hartpury women’s team could be for you.

Aviva Premiership club Gloucester Rugby is linking up with Hartpury to launch a women’s rugby team that will play and train at both Kingsholm and at the college.

The new club will be open to players from clubs and colleges and universities throughout Gloucestershire and would provide a progression route for girls wanting to playing at a higher level, with the long-term aim to build a team to compete in the Women’s Premiership.

It will be part of the Gloucester Rugby franchise, and the plan is for the women’s team to have the opportunity to play some of their matches as a curtain-raiser to Aviva Premiership matches at Kingsholm. The management team will have experience of playing and coaching at the highest level.

Training will usually take place on Tuesdays and Thursdays, with matches mostly on Sundays, starting in Autumn 2014. Dates of trials for the new Gloucester-Hartpury will be released in the coming months.

Bath and England Centre Phil de Glanville, who is the Director of Elite Sport at Hartpury, said: “It’s vital that we build a sustainable club, so we will play a season of friendlies initially and enter the National Cup, which will enable us to benchmark ourselves against the other clubs. The RFU will then recommend, in consultation with us and other league clubs, where we will enter the league pyramid.

“With Gloucestershire being such a hotbed for rugby and the women’s game having grown so much in popularity and strength here, we’re confident that we will attract a high calibre squad and that we will be able to secure a challenging fixture list for them. I’m sure the opportunity to play at Kingsholm will be a big draw.

“Both Gloucester Rugby and Hartpury are passionate about growing the women’s and girls game in Gloucestershire and beyond. We’re already close partners across our men’s rugby set-ups and it makes sense to develop that partnership further, bringing our experience, facilities and contacts together for the benefit of the women’s game.

“This opportunity is open to women and girls from all clubs and colleges and universities. Hopefully, some of the girls on Hartpury’s new university women’s rugby programme and those currently playing for our BUCS social side will get involved, but their selection will also be on merit.

“We’ll also continue to signpost girls in our current AASE Under-18s set-up, those playing for the BUCS side and from the university rugby programme to other women’s rugby clubs throughout the county, who we already work closely with as part of our outreach programme, offering help with community coaching and facilities. We also hope to develop a schools coaching programme linked to the new team.”

Stephen Vaughan, at Gloucester Rugby, said: “The women’s game is going from strength to strength. The 2010 World Cup held in England was a massive success, and this year’s tournament is set to be even bigger and better.

“At a club level, we’re absolutely delighted to be working with Hartpury College to establish a new team. As a club, Gloucester Rugby is all about its community links, and this new team will strengthen those further.

“We already work closely and successfully with Hartpury College at a number of different levels, and I’m confident that in time, the new Gloucester-Hartpury team will be a key player in the world of women’s rugby.”

If you are interested in finding out more about the new Gloucester-Hartpury women’s team, please contact peter.cook@hartpury.ac.uk 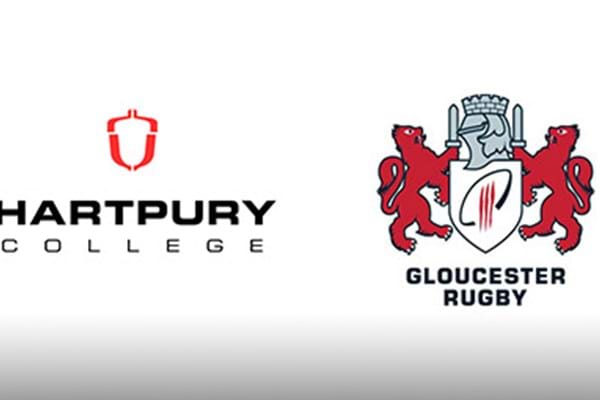