A trio of Hartpury golfers featured in the women’s team of four representing the West Midlands at Bath Golf Club – Gee Won Park, Harriet Matthews and Hannah Stradling. They had the three best scores that counted to take the team title on the first day.

Their individual scores on the opening day then carried over to be added to a final 18-hole round on the next day to determine the individual winner, which was Park. She shot seven over on the first day and five over on the second to win the individual national title by two shots.

Three Hartpury golfers also featured in the men’s team representing the West Midlands, who finished fifth overall in the national competition – Rhys Llewellyn, Joe Harvey and Tom Sloman. Joe had the best individual score of that trio, finishing fifth in the race for individual honours, missing out on fourth spot on countback.

Richard King, Golf Manager at Hartpury, said: “The girls’ performance was superb up against some really strong regions, especially the South West. To take the team and individual title was a deserved reward for all of their hard work and shows how much progress they are continuing to make on the programme.

“The boys were let down by a poor final three holes after starting well. Had they finished better, they could have been in with a chance of the team title. It was great to see Joe finish in fifth overall, particularly as he’s in his first year and still has another year on the programme. He’s showing great potential.”

There was also success for Hartpury’s Tom Davies over the weekend, starring for Wales Under-18s in their comprehensive victory over Ireland at Cardigan Golf Club. He won both of his matches – a foursomes on the first day and his singles match on Sunday. He is also in his first year of the golf programme.

Next up for Hartpury’s golfers is the Gloucestershire Schools Tournament on April 28th before heading to the British Schools and Colleges Tour and the Intercollegiate National Tour Finals in the coming months. 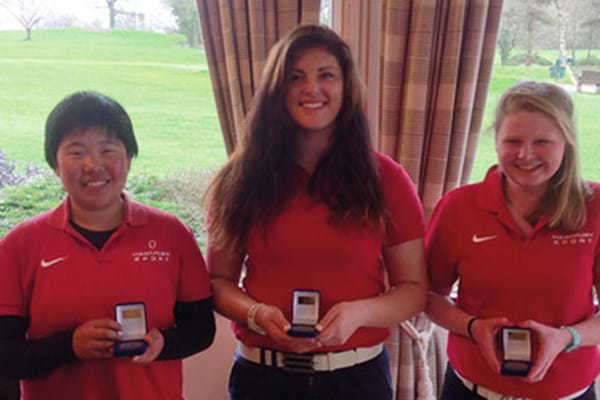