A trio of Hartpury players helped England to FIRA/AER European Championship glory in Poland at the weekend.

Hartpury Under-18s skipper Batley was named man of the match in the win, with Hartpury being the only institution to have more than one representative in the England starting line-up. Unfortunately, Hartpury’s Will Hayward was ruled out of contention due to injury.

Two tries from Taylor Prell and one apiece from Lucas Slowik and Josh Bainbridge set England on the road to victory, while Harry Mallinder added 10 points with the boot.

These individual honours capped an exceptional season for Hartpury Under-18s, who were recently crowned RFU AASE League champions for the fifth year in succession after a 38-8 victory over Prince Henry’s Grammar School, Otley at Allianz Park – maintaining their record as the only team to have won the competition. They also finished top of the AASE South League.
Alan Martinovic, Director of Rugby at Hartpury, said:

“Everyone at Hartpury is exceptionally proud to have such a significant contingent of players picked to play for their country in such a high profile competition. Huge congratulations to them all on their richly deserved European title success. It has been an outstanding season for these boys as individuals and as part of our hugely successful Under-18s set-up. It’s bitterly disappointing for Will that his injury ruled him out, as I’ve no doubt he would have started with his Hartpury team-mates, but we all know how crucial his input has been in securing both Hartpury and England’s continued success this season.” 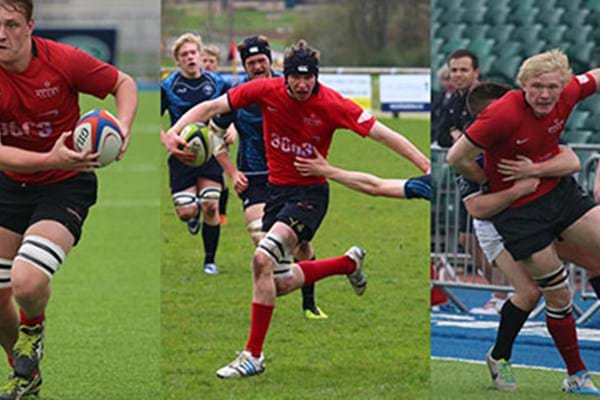