Hartpury’s Jess Dutton continued a run of good form as she qualified for the Royal International Horse Show at Hickstead.

The Level 3 extended diploma horse management (business) student will take part in what is one of the oldest horse shows in the world towards the end of July having won the British Show Pony Society (BSPS) Area 17 title.

For Jess, 17, and horse Ole it will be one of the last competitions the pair are able to take part in together – Jess will be too old next year to compete with him. The qualification to the RIHS was even sweeter for Jess and Ole who just last year had to pull out of the same competition after Ole went lame.

A week prior to her qualification, Jess was chosen as reserve supreme champion at the BSPS Area 9b show at Hartpury, having been the highest placed BSPS member in the competition.

Jess said, “Hartpury has been great for me; the amazing facilities and coaching here have really improved my horse, especially with getting him fit for the show season.

“The yard staff have also been so helpful by opening the yard really early in the morning for me so I can get ready to head off to the show in time for my class!”

Having also qualified for the Winter Championship shows, Jess and Ole are now looking forward to competing at a number of upcoming county shows, national championships and the Horse of the Year show qualifiers.

The pair have previously had a lot of success together, including being 3rd at Horse of the Year Show in 2012 and winning the home produced show hunter pony final at the BSPS summer championships. 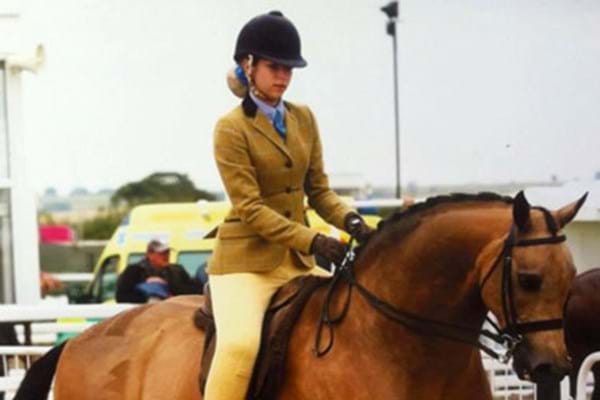