Hartpury’s footballers are preparing for two massive games in quick succession which could define their season, starting today.

First up for Paul Tassell’s side is today’s home tie in the English Colleges FA play-off quarter-final (2pm kick-off). The team will then travel north to Liverpool two days later for the ECFA Premier Cup semi-final.

Today’s opponents, Myerscough, stand in the way of a second semi-final berth for the table-topping Hartpury side, who clinched the ECFA Premier League by five points with a hard-fought 1-0 win over local rivals South Gloucestershire and Stroud College.

Hartpury junior football coach, Paul Tassell, said: “All the hard work we’ve put in this season now comes down to these two games.

“The boys have put in a tremendous amount of effort to get here and it would be brilliant to progress in both competitions. We know it’s going to be tough but we’re confident that we can pull it off.”

If the side progress in both ties, they can expect another quick run of fixtures beginning with the ECFA Premier Cup Final on April 30th, followed by possible semi-final and final games on May 7th and 14th.

The team will be looking to make it consecutive final appearances at St. George’s Park after coming from 1-0 down last season to clinch the British Colleges Sport Cup 3-1 against Milton Keynes College. 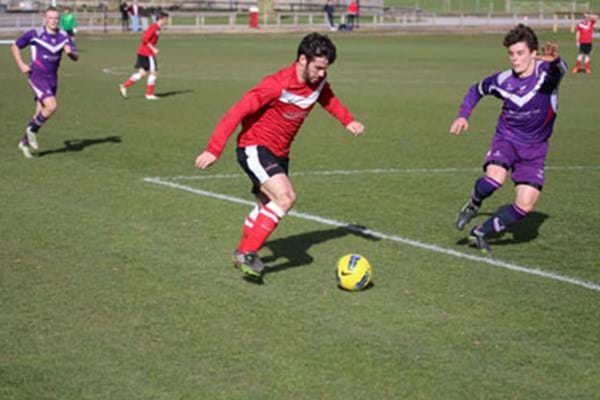