Hartpury student Mathilda Hodgkins-Byrne put herself firmly in the minds of the Great Britain selectors with an excellent performance at trials in Reading.

Up against senior Great Britain rowers and competing alongside a number of reigning World and Olympic champions, the event at GB Rowing’s training base in Caversham was a major step-up for Mathilda.
The trial is used as the basis for selection of GB crews at Senior and Under-23s level for the summer regatta season and World Championships.

Everyone races in time trial format initially and, from there, crews are seeded into semi-finals. Following that, everyone qualifies for six-boat finals ranked from A downwards.

In the B final, Mathilda lined up alongside four current senior squad members and one Under-23s rower, she produced an outstanding row to finish third. This gave Mathilda an overall ranking of ninth and the second best Under-23s female sculler (behind sixth placed Jess Leyden, who is the reigning World Junior Single Sculls Champion).

Hartpury’s rowing coach, Tom Pattichis, said: “While Mathilda’s main aim was to get the highest possible Under-23s ranking in the women’s sculling category, she also acquitted herself fantastically in a really high quality field, beating a number of senior team rowers, despite being much younger and having far less experience than most of her fellow competitors.

“She will now face further testing over the next few weeks to try and gain a place in a crew for the Under-23s World Championships in July. She will be training and competing alongside taking her A-level exams.
“It will certainly be challenging for her but this result certainly puts Mathilda in a strong position moving forwards into the summer.” 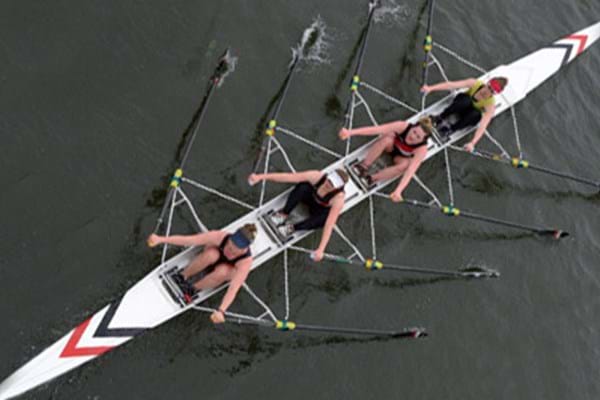