Hartpury Under-18s will be aiming to complete a rare rugby double tomorrow night as they bid to emulate the title-winning Twickenham success of their BUCS' counterparts.

Such has been Hartpury's dominance in this competition, they are the only team to have ever won it, but Under-18s coach Sean Marsden knows that this year, they will face their toughest challenge yet.

“This year has been a new challenge for us as we've moved into the South league, and the standard of the opposition has been very high,” said Marsden.

“It has been a fantastic effort for the lads to finish top of that league and then to beat Oaklands so convincingly in the semi-finals (34-7), especially on the back of losing our first ever home game to St Paul's Catholic College, who act as London Irish's Academy.

“We beat Prince Henry's twice in the North League last season but only by two or three points and they defeated St Paul’s in their semi-final. We've watched some videos of their games as part of our preparations and we're expecting them to be even stronger this year.

“They always have a formidable pack and this season, they have a lot to offer in the backs too. They are really moving the ball around well. It's tough to pick a favourite for the final, but we know if we're on the top of our game, we can impose ourselves and cause them a lot of problems.”

Former Bristol, Exeter and Glasgow player Marsden has taken over the Under-18s coaching reins from Alan Martinovic, who now coaches Hartpury's National League Two South side, but is still very much involved.

With so many rugby luminaries overseeing their development, it is no wonder seven of the players have achieved international honours this season. Alongside Batley, Jack Spencer, George Edgson, Will Safe, Will Hayward and Kai Little have all been selected for England Under-18s, while James Neal has starred for England Clubs and Schools.

“We've got quality throughout the squad, with the majority of the lads involved in Premiership club's academies so Allianz Park will be pretty familiar to them through that or playing in last year's AASE final there,” added Marsden.

“That should help keep nerves at bay and the fact that the university side won the BUCS final is a massive motivator to them. A lot of them will be looking to push on into that university side next year and there's a lot of camaraderie between the two teams – the players and the coaching staff.

“Of course there's pressure to keep achieving after our success in previous years and in maintaining Hartpury's rugby reputation, but the boys thrive on that. They are proud to be flying the flag for the college and hopefully they will enjoy the occasion and be able to express themselves. With the artificial surface at Allianz Park promoting a quick game, it promises to be a good spectacle.” 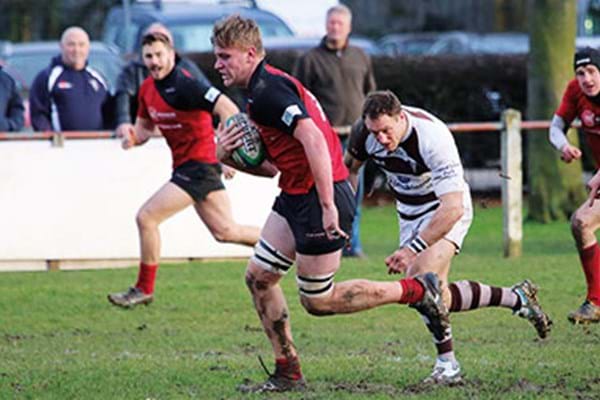