Hartpury student Paige Reed’s dream of playing netball for England’s senior side is getting closer to coming true after being selected for England Under19s potential squad at the age of only 16.

The Level 3 BTEC Extended Diploma Sport and Exercise Sciences student was selected from a trial day which featured players from the country’s most talented academies and Superleague franchises. Her selection is even more impressive considering some of the players she was up against were three years older than her.

Paige, who plays either goal attack or goal shooter, will now face further trials in the summer as the squad is reduced.

Paige said: “I was shocked when I received the news I’d made the squad and I’m delighted to have been given this opportunity to prove myself.”

Sarah Pretty, Hartpury Netball Manager, said: “Paige’s hard work and perseverance has paid off, and she truly deserves this. We will continue to work with Paige to help her maintain her form and give her the best chance possible of making the full England squad.”

At the request of the England Netball management, Paige was also asked to be released to play for Team Bath in the Netball Performance League (NPL) last weekend. Former Hartpury student, Sarah Llewelyn, used her time with Team Bath as a springboard into the Netball Superleague, signing for Celtic Dragons this season. 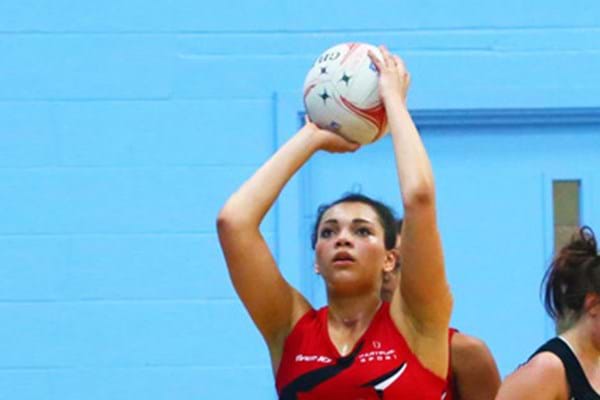