Six Hartpury students have progressed to the next stage of the GB Junior selection trials following weeks of wet weather which had hampered their training schedule.

With opportunities limited since the turn of the year, three girls and three boys produced top twenty performances to ensure they moved forward into the next stage of the selection process.

Gloucester Hartpury AASE student Flo Pickles (3rd), Charlotte Hodgkins-Byrne (6th) and Alice Bowyer (14th) will be joined by Jack Williams and Joe Barnes (tied 4th) and James Bird (6th) from the men’s side of the trial and will now move into the next round to be held in April.

On the first day the crew took part in the Women’s 8s Head, a national event held on the Thames in London. Mathilda’s crew finished fifth overall, with the top two spots being taken by crews made up of the current GB senior women’s team including several reigning Olympic and World champions.

On the second day the crew travelled to GB Rowing’s training base in Caverhsam, Reading to take part in an invitation women’s 8’s event over a 2k course. The crew gained a creditable second place overall to a strong looking Oxford University crew, who will compete in the women’s boat race in early April. 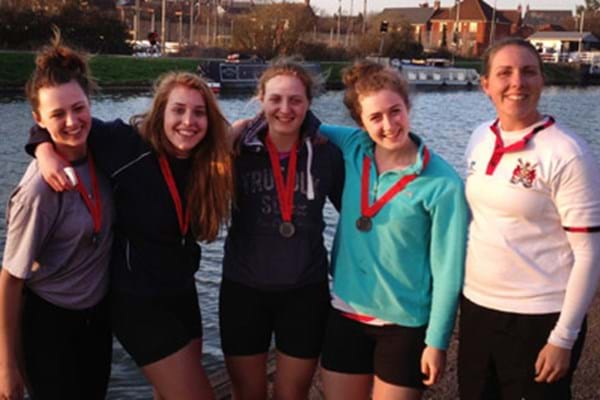