Organised in memory of former Hartpury Football student Dan Matthews who died in 2009, students at the college took part in activities such as football tennis, a cricket match and a dodge ball tournament to raise close to £400.

They also took part in a first year versus second year football game in which the second years retained their unbeaten record, having won every game since the fundraising started four years ago. Despite the first years holding their own for 120 minutes, it was decided 5-4 on penalties in favour of the second years.

The fundraising events also served as part of the BTEC students’ course module - Organising Events - where second year students were tasked with raising money for the charity, Cardiac Risk in the Young (CRY) and after all six events, the group had raised a total of £391.

Shaun Gluyas, tutor for BTEC Football, said: “All of the students have done an excellent job of organising a variety of different events to raise money in memory of one of our former students. They all worked together and stuck to the task to make sure that they raised as much as possible.

“It was a great opportunity to do something good for a really important cause and we’re delighted to have seen the lads raise close to £400. Not only that but it’s a great way for them to hone their skills in event management.” 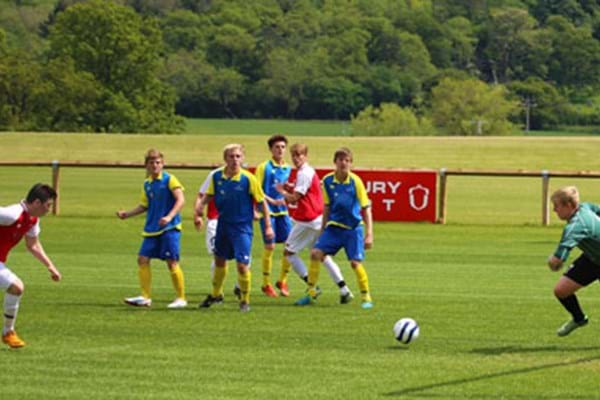