Hartpury student Gee-won Park picked up her second national individual title of the year as the college’s golfers made it a clean sweep in the British Schools and Colleges Tour.

Gee-won, 19, clinched her second top-place finish with a victory over second placed Shannon Flynn of the Golf College. The pair had finished level on final scores of 154 apiece, but Gee was victorious on countback after a superior score on the final 18 holes.

The Hartpury team meanwhile claimed an 11-shot victory in the gross competition and also held a 14-shot advantage at the top of the nett table, but the rules state that the same team can’t win both.

Hartpury’s golf academy manager, Rich King, said: “This was an excellent all round result. For Gee to pick up a second individual national title at the same time as we claimed both the gross and nett divisions in the team competition was perfect. Everyone has worked hard and improved their game and that hard work has shown out on the course over the last few tournaments.”

Competing at Ganton Golf Club, North Yorkshire, the six-person Hartpury team held an eight-shot advantage at the close of play on day one, which they improved to 11, finishing on a total of 598 after the second 18 holes. Their closest challengers were the Lee Westwood School from Essex. The nett trophy eventually went to the Golf College’s A team despite Hartpury topping the table by 14 strokes. 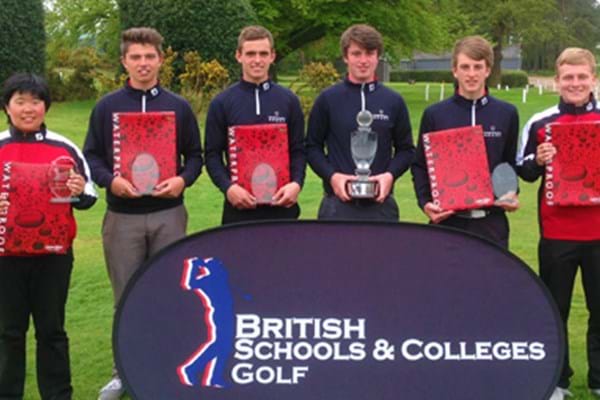