Hundreds of players looking to emulate the success stories of Sevens stars Jaike Carter and Dan Norton will descend on Hartpury this weekend as the college holds its first sevens tournament.

Seventeen teams will battle it out for the grand prize in both a men’s and women’s format of the shorter game, with Hartpury fielding two teams in both sides of the tournament.

The college will also welcome back a number of former students for the tournament, with no less than 12 of the 17 entered teams containing players who have previously graced the rugby fields at Hartpury.

Tournament organiser and head coach of the Women’s University side, Ben Wroblewski, said: “It promises to be a fantastic day of rugby. The forecast looks good but come rain or shine, the day should be filled with great sport and top athletes. Let’s hope we can unearth the next Dan Norton or Jaike Carter, who both sharpened their Sevens skills at Hartpury.”

Local clubs from Cheltenham, Lydney and Gloucester are also supporting the tournament, which kicks off with the first games in the men’s competition at 10am. Teams from Exeter and Wales are set to compete in the women’s side of the competition.

The event has been heavily supported by 7Bamboos Rugby - the club founded by former Hartpury student Max Lueck that provides sevens coaching to schools.

Peter Cook, who is Hartpury’s Advanced Apprenticeship in Sporting Excellence (AASE) Programme Manager for women’s rugby, will also be talent-spotting at the event, with Hartpury starting up a new elite women‘s rugby programme at university level this September.

“This event will provide an excellent opportunity for spectators to see the shorter, fast-paced format of the game being played by some of the county’s up and coming talent,” added Wroblewski.

Hartpury has produced more than 100 rugby internationals in 10 years and a host of former students are currently plying their trade in the professional ranks. Spain sevens’ Jaike Carter and England Sevens’ second all-time top try-scorer, Dan Norton, are among that impressive array of alumni.

To keep updated with scores throughout the day, follow @HartpuryRFC while Hartpury’s university women’s rugby account - @Hartpury_HEWR - will be live tweeting from all of the games. 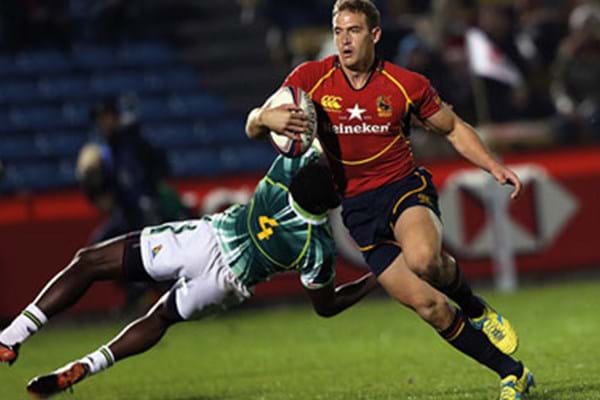