A new volleyball team started up by Hartpury students is already eyeing its first piece of silverware.

Spearheaded by Amelia Campbell-Horne, a Hartpury Masters Coaching Science student, the ladies team has managed to set, spike and volley their way to the Gloucestershire Volleyball Association Cup Final at Cheltenham Ladies College on Sunday, May 18th.

Hartpury secured their final berth by defeating Lydney Ladies Volleyball Club 3-1, and they have since transferred their cup form into the league - winning four of their last five matches.

Amelia said: “This is the first year that we have built up enough interest to have a women’s team alongside a men’s team and it is really satisfying that we have been able to perform so well.”

Since the beginning of the academic year, the team has trained regularly on a Monday (5pm -7pm) and a Tuesday (7pm – 10pm), and they have gone from strength to strength.

Amelia added: “We had students turn up to training who were completely new to the game, and as the season has progressed, their performances have got better and better.

“Our opponents are also noticing this, and they have said how impressed they are with the development of our squad.”

The squad’s progress will be tested at the final, with Gloucester Police the team standing between Hartpury and cup success.

“It is going to be a tough game, but I have every faith in all of the players. It would be a fantastic way to end the season,” added Amelia. 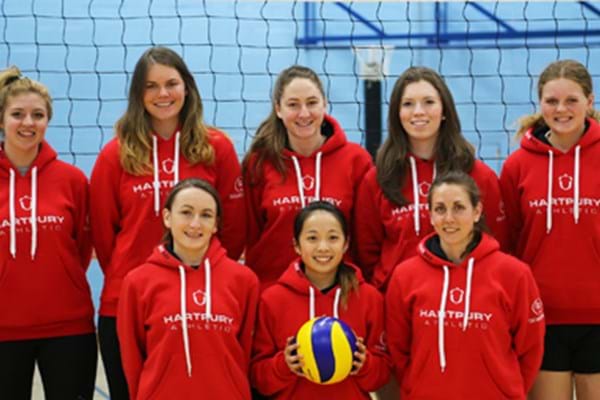