Flo, 17, from Cheltenham, will take part in the junior women’s single sculls event at the championships which will be held in Belgium at the end of May.

At the Munich Regatta, Flo helped the GB crew to top the podium with a win in the quad sculls event as well as winning the B final of the double scull alongside Nottingham Rowing Club’s Anna Thornton.

Fellow GB junior rower and Hartpury student, Charlotte Hodgkins-Byrne, joined Flo at the Munich Regatta, and after placing fifth in the A final of the double sculls, Charlotte unfortunately missed out on the afternoon sessions with a minor injury.

The pair teamed up on the second day of the event though and came home fourth in the quad sculls final, having led in the early stages of the race against some very strong crews.

Hartpury’s rowing coach, Tom Pattichis, said: “This was a great experience for the girls, especially given that it was their first international regatta. To come away with wins and very strong showings in all their races is very positive. Charlotte and Flo will be strong contenders for places in the final GB junior teams.”

The pair will learn whether they have made the final cut for the Junior GB team at the final trial in July. 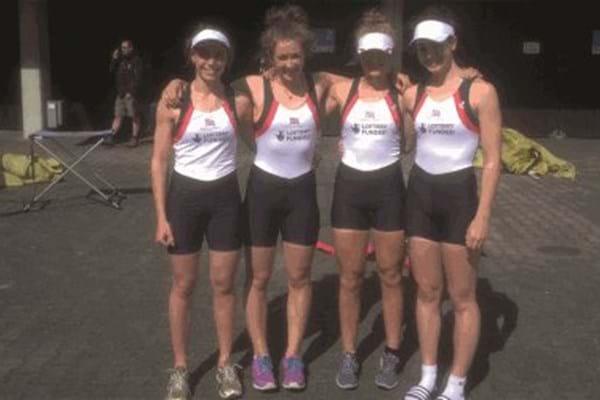